I feel bad about it now, especially since it always looked good. But I’ve never seen Chuck. So I don’t know a lot about it.

But Kelly Jolley does.

He also knows a lot about philosophy.

Which is why he was God’s obvious choice to write the book that the critically-acclaimed show’s philosophical themes have apparently been begging to fill since 2012, when NBC decided that five years had been more than generous.

Not Kant. Not Husserl or Hegel or something. Not Wittgenstein (again).

He’s writing a book about Chuck.

Now, it’s not the first Love of Wisdom / Must See TV cocktail the celebrated Auburn philosophy professor (and grateful TWER contributor) has poured for academia; he contributed a chapter on the obvious “similar, contrapuntal structure” between Seinfeld and Wittgenstein’s Philosophical Investigations for 1999’s well-received “The Philosophy of Seinfeld.”

But the just-finished, 90,000 word first draft of “Chuck: Nerd Herder and Girl Impossible” (a working title that may change to “Chuck: Real Love in the Panopticon”, which I prefer) is infinitely more ambitious, as well as a child of the circumstances shared by all great philosophical literature: illness and boredom.

So I interviewed him about it. I’m pumped. 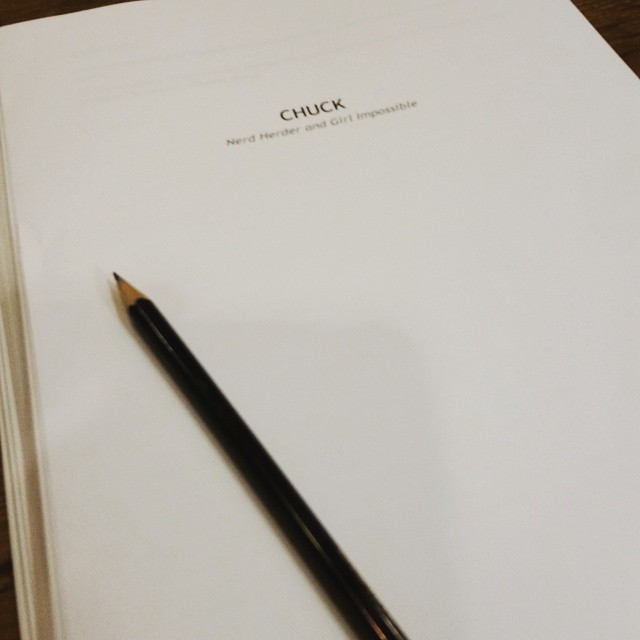 The heart of the book is what I call a set of readings of episodes.  The readings are meditative attempts to think through the episodes, paying special attention to what the characters say to each other, and special attention to why they say it, and what they are doing when they say it (are they confessing, promising, pretending, lying?).  But I frame those readings with a series of chapters that discuss the two members of the central pair of the show, Chuck Bartowski and Sarah Walker, and that open up discussions of the philosophical issues central to the show–appearance v. reality, trust and mistrust, truth-telling and lying, self-knowledge and self-deception, and, of course, love.  I provide readings of what I take to be the pivotal episodes in the love story between Chuck and Sarah.  The book ends with a discussion of what Chuck has to teach us about love.

When did you first realize the show could be mined for its philosophical insights?

I realized this when I realized that the show was taking ordinary concretized problems of other minds and thinking through them.  The problem of other minds in its general form is the problem of how we know whether others have minds at all, and how we can know their minds, if they do.  The concretized problems are the ones we encounter all the time. How do I know how she feels?  How can I know what she is thinking?  Can I trust her?  But there are concretized problems also about making our minds know to other people.  Am I expressing my feelings in a way that makes them clear?  Do I suffer from inexpressiveness?  Have I worked so hard to hide my feelings that I can no longer effectively make them known? Chuck takes these questions and amps them up by putting the central couple into a spy drama, into labyrinths of professionalized, high-stakes deception and fake identities and pretending.  You might say that Chuck represents the problems of knowing the minds of others as if such knowledge required spy craft.  And, of course, if the show is thinking through these problems, it is also going to be engaged with general worries about telling mere appearance from reality, about determining what is genuine and what is fake, and so on. 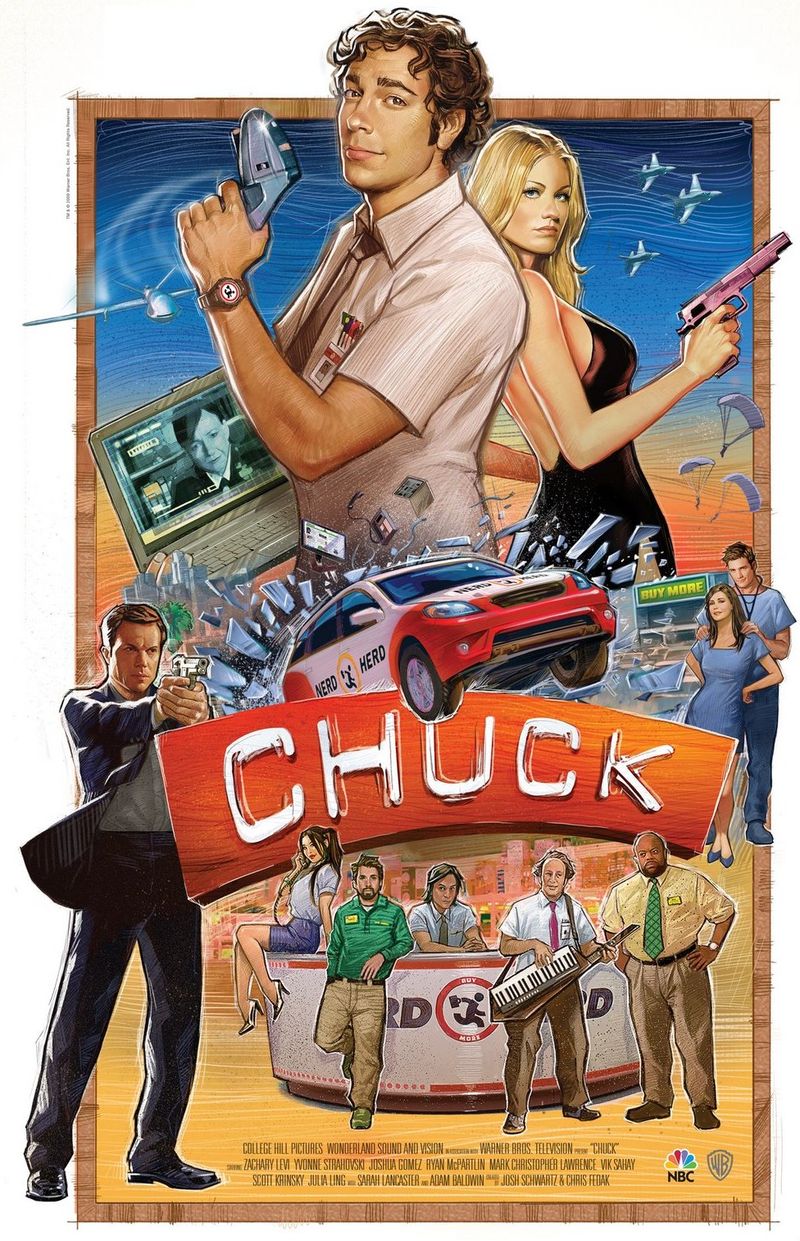 How long have you been working on it?

About six weeks [Editor’s note: Two weeks ago.] It came to me in a rush. I feel like I underwent it more than wrote it. The show struck a deep chord in me and I felt a need to respond to it. It took me 90,000 words to do it. I realize that may sound crazy. But sometimes you just have to write what you have to write. As Emerson said, you may hope that it is all more than whim at the end, but you cannot spend all day in explanation. You just write.

What’s your favorite episode? You favorite aspect of the show?

I don’t know, really. I guess if I had to choose one, it would be the Season 4 episode entitled, “Chuck vs. Phase Three”. (All of the episodes have titles with the same structure: Chuck vs. something.) My favorite aspect of the show is how seriously it takes things that we are often tempted these days to become cynical about–trust, commitment, love. In particular, the show portrays love as a form of martyrdom, as something that inevitably involves suffering as well as joy. The show suggests that for one person really to belong to another, the person has to freely give his freedom to her, trusting that doing so is the best use of his freedom. I believe that is true–but it is also a frightening thought in its way.

Did you watch it when it was on the air? Or are you only a Netflix fan?

I watched the first few episodes when it first aired. I liked them. But I somehow lost track of it. That was 2007, so I expect I was too busy being department chair and keeping up with my teenage children to watch anything very devotedly. But back at the beginning of March, I was sick for a couple of weeks and spent a lot of time on the couch. I started watching the show on Netflix and got completely drawn in. For me, getting drawn in means not only watching but thinking hard about what I am watching. As I thought about the show, it became clear to me that it was worthy of serious reflective effort. That does not mean I think it is anything but popular art–but I think it a salutary instance of popular art. Anyway, I believe we should be loyal to our own enthusiasms, take them seriously, attempt to own them. That’s what I’ve been doing for the last six weeks or so. Let me warn anyone who starts watching that the show’s structure is resonant and contrapuntal, so it takes it a while to get going. You might say that it has to establish a melody before it can begin to experiment with counterpoint.

You can check excerpts of the book on Dr. Jolley’s blog. And you can read his stuff about Chris Davis and Ricardo Louis here.