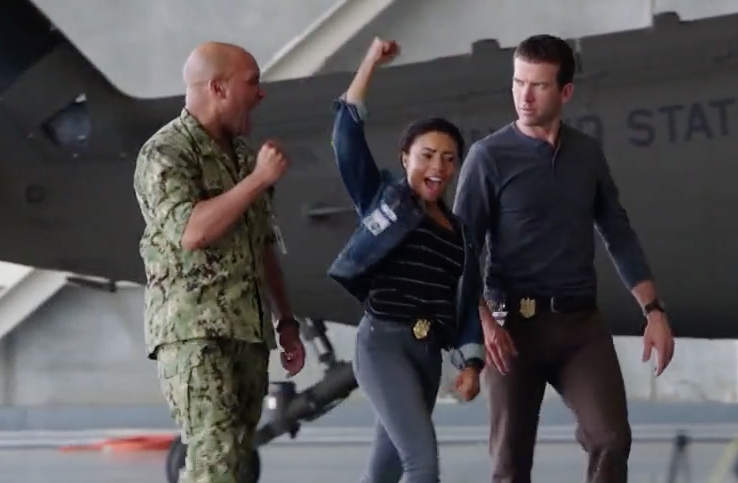 For years—literally years—we’ve pondered the preponderance of Auburn references on prime time TV. And for once, we may have an answer.

Because for months—literally months—screenwriter / showrunner Jeffrey Lieber, who late last year did some Skyping with an AU MDIA class, has been trying to work in a “War Eagle” into an episode of NCIS: New Orleans. 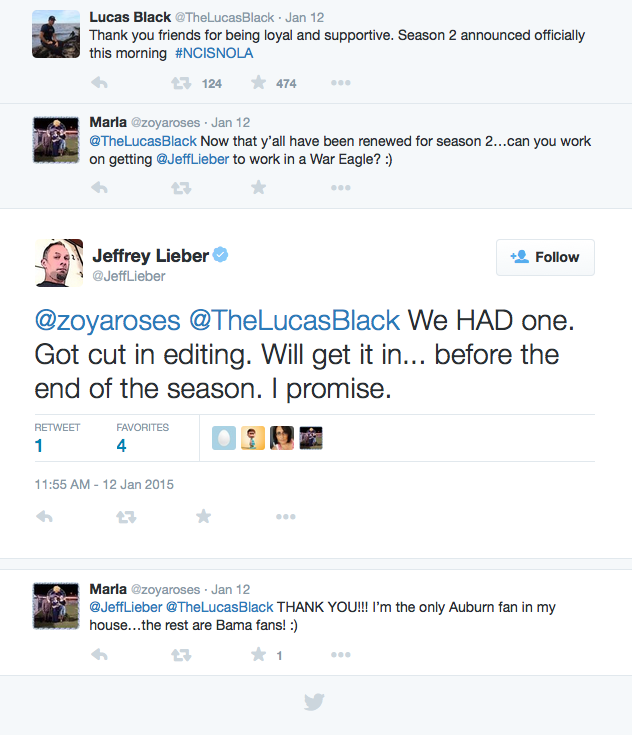 After she leads a Navy SEAL she’s trying to butter up in a huge “Warrrr Eagle,” new Special Agent Sonja Percy introduces herself by saying “My time at Auburn really defined my character, made me who I am today.”

(So sure, she technically graduated from the vastly inferior Tulane and was just trying to work the guy for a case—she did a good job. I choose to think of it like Paul would.)

Lieber must be a stickler for realism — the founder of the Navy SEAL team that killed Osama Bin Laden is also an Auburn grad.

Here are some wacky Auburn references and appearances on TV show: