Auburn’s football woes are so crystal clear, the latest issue of Consumer Reports is using them to demonstrate the picture quality of Samsung LCD TVs. Yep, that’s Ryan White trying to tackle Clemson’s Andre Ellington in the Chick-fil-A KickOff Game. Though unless Samsung TVs feature a Getty Images channel, it seems like false advertising. 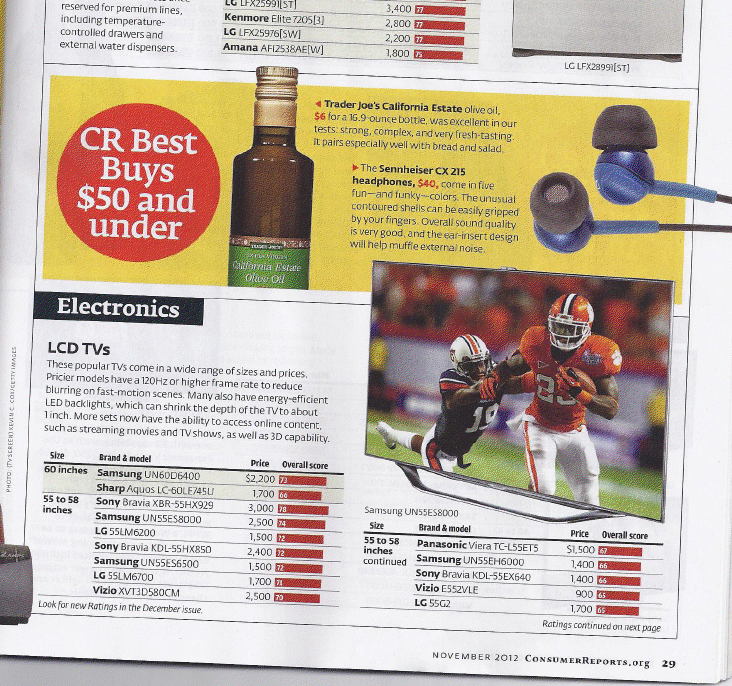 Related: Car and Driver says Bo Jackson is faster than a Smart Car.