You probably just assumed as much already, but Car and Driver makes it official in its latest issue: Bo Jackson is faster than a Smart Car. 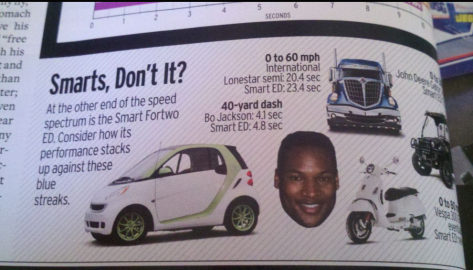 Or at least he was in 1986, when the Heisman Trophy winner clocked an unbelievable 4.12 in the 40-yard dash, the fastest time ever at an NFL Combine.