To wit: this unbelievable Auburn groom’s cake. Our only complaint? It’s just not realistic… unless the War Eagle wedding went down before the national championship and this to be the way Toomer’s looks now, a week after the celebration. 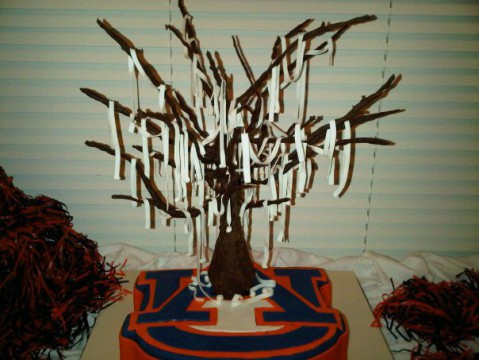 UPDATE: Not to be out-Auburned, reader Taylor Borders sent in a shot of his grooms cake: 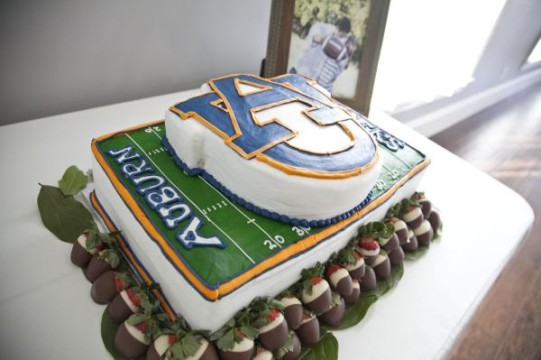 UPDATE: We are thinking of purchasing the domain www.AuburnGroomsCakes.com. This cake from Chris Delvizis would definitely be on the homepage. 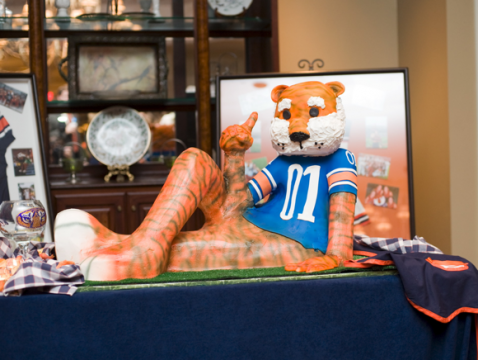 UPDATE [TUES. MORNING]: We didn’t get three more cakes, but we did get three photos of one more cake. And it’s another winner (and possibly the most detailed yet): 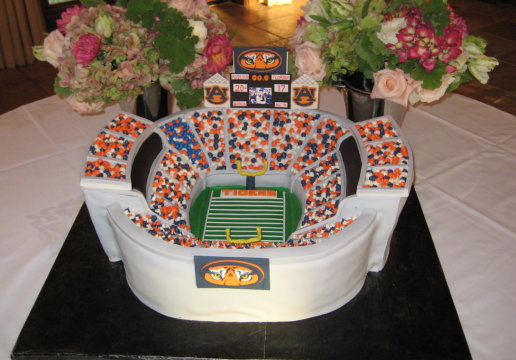 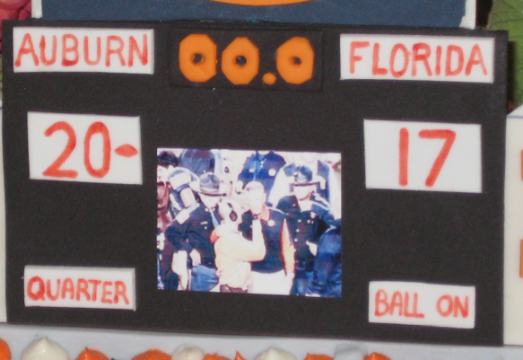 Yes, that does appear to be video of Tommy Tuberville being interviewed playing on the jumbotron. In icing.

The groom in this case was Mike Parson’s, but the photos were submitted by Matthew Hinshaw, Parson’s groomsman… along with, yes, Chris Delvizis, of the Aubie groomsman cake Delvizis’.

“A lot of great Auburn grooms’ cakes in my circle of friends,” writes Hinshaw. And we’re sure there are more. We’ve obviously uncovered and tapped into a thriving subculture of Auburn’s grooms cake enthusiasts. And we’re all about that. So please —keep’em coming.

We are now absolutely certain that you will.