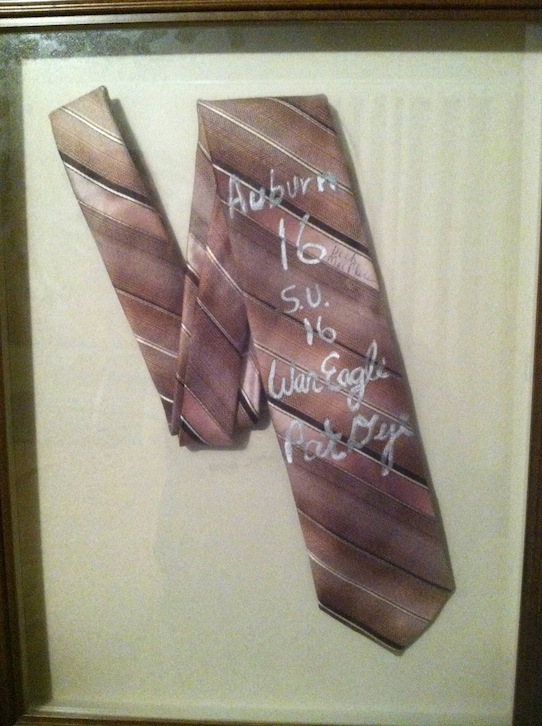 “You know those Pat Dye Syracuse ties? This is one of them, and maybe the only one signed by both Dye AND Syracuse’s coach, Dick Macpherson.  Sent by that dude who owns /owned that Tiger Prowler thing —

His explanation of how he acquired it: ‘the man that sold it to me was part of a quarterback club organization in Huntsville   A few years after purchasing the tie he found out that coach McPherson would be speaking to his chapter in Huntsville, Alabama so he took the tie with him and a small sharpie.  Coach McPherson even asked the man why he had given him such a small pen. He said because he wanted Pat’s to stay the biggest.  He took it in stride though.  He listed it on craigslist which is where I bought it from and have now owned it for a year or so.’”

TWER did a post last October that you really need to read if you don’t know the story behind these ties. Basically, Syracuse fans were none too pleased with our former coach when he went for the tie (or co-win) in the 1988 Sugar Bowl and sent him thousands of ties as a way of protesting his decision. Dye shrewdly autographed the ties and sold them to make money for the school’s general scholarship fund. This particular tie went on to add the signature of the aggrieved Syracuse coach to create a possibly one of a kind collectable.  Having the then-Orangemen’s coach use a smaller pen was a genius move on the original owner’s part. 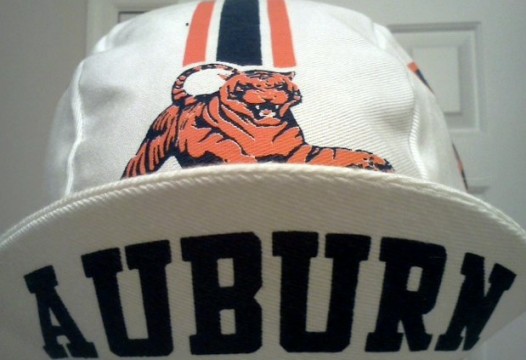 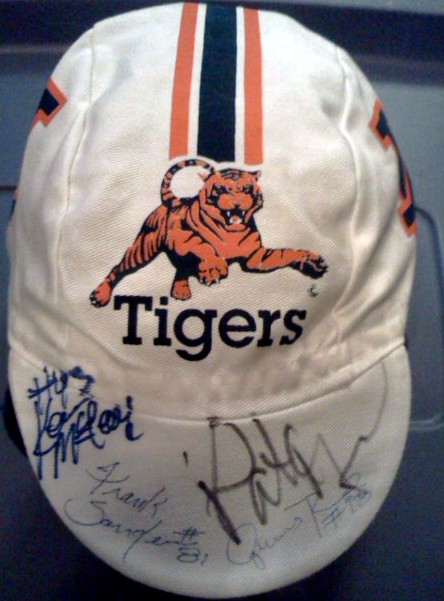 “Autographed by Dye, Frank Sanders, Kevin McCloud & someone else, can’t read the name.”

With cycling in the news again thanks to disgraced former champion Lance Armstrong’s doping confessions, what better time than now to bring you this autographed chapeau? Not that I particularly want to link Auburn to Lance in anyway… moving on. Love the use of the classic football helmet stripe down the middle and the interlocking AUs on the sides. Pouncing Tiger makes a nice addition as well and is easily the most cycling hat Tiger logo we’ve ever used. 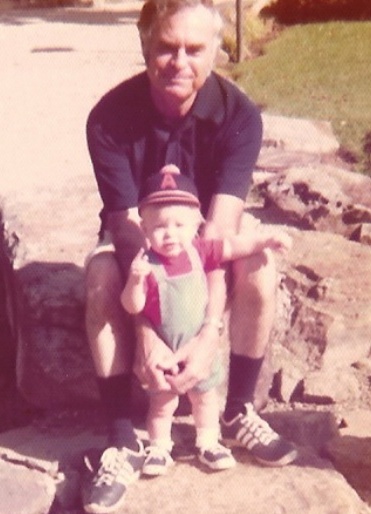 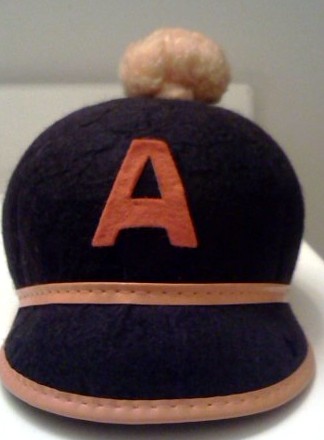 “My first AU hat. I also attached a pic of me wearing it as a 2 yr old alongside my grandad. Notice me gesturing #1.”

Here’s a hat with a more heartwarming connection than Lance, and a sweet picture of our donor as a young child along with his grandfather to boot. Speaking of our donor, this is yet another piece that has been submitted to us from @lulupuppydog. He was an early supporter of the column and has given us enough material now to fill several posts. He is a first ballot Relics Hall of Famer and we thank him once again for sharing his lifelong love of Auburn. 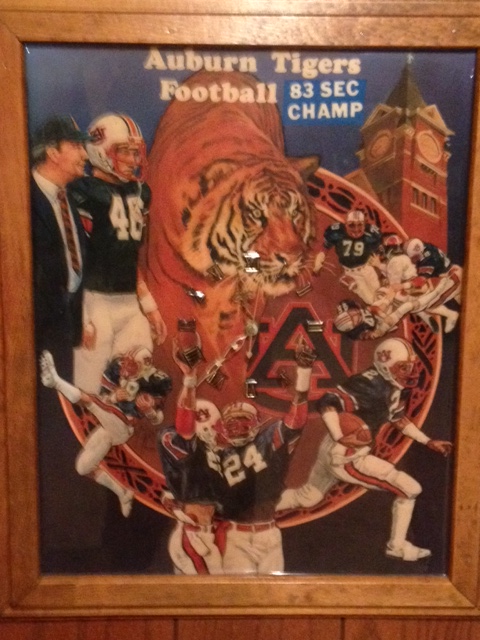 Enjoy, indeed.  This classic ’83 SEC Title poster/clock is a smörgåsbord of goodness, but my favorite bit has to be the wicked karate kick being delivered in the vicinity of Pat Dye’s, uh, bathing suit area. I didn’t even notice this was a clock upon first glance. Sad that I noticed that before I even realized this was a clock to rival the best clocks we’ve featured in the past. 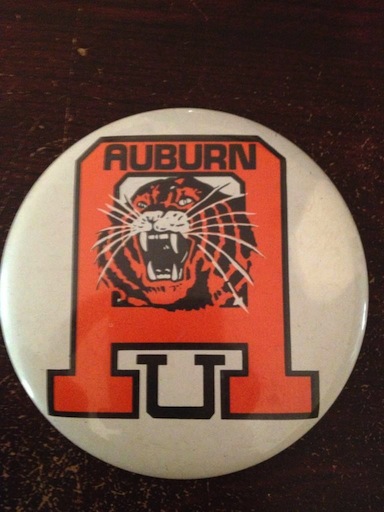 “Old button we found in storage.”

This button features yet another Auburn logo, and one I have not seen until now. I’d love to know when we used this and if it was ever used in an official capacity by the school.  Anyone? 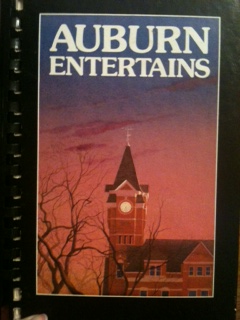 “Here is an Auburn Entertains cookbook from 1984 that my mom, also an Auburn alumnus, owns. War Eagle & keep the relics column going!”

I’d love to see the recipes featured in this Auburn cookbook from the ‘80s. I have no idea if they are Auburn themed or just good old Southern favorites, but I like to imagine it’s filled with great AU related food puns like Pâté Dye. Okay, so that’s not great, but I’m sure the ones in the book are great (if they’re in there at all).

That’s all for this week.  To see past post, click here. Thanks again to everyone for sending me their treasures.  If you’ve got something you’d like to share with everyone just snap a pic and email it to me at [email protected].