Legend has it that on quiet November nights out on 280, you can still hear this chariot of Auburn fire burning rubber to Birmingham, which according to @Lulupuppydog (it’s not hers, but that’s his mom posing by it) it was doing around 1969. (That seems about right to these eagle eyes—’69 to ’71.) 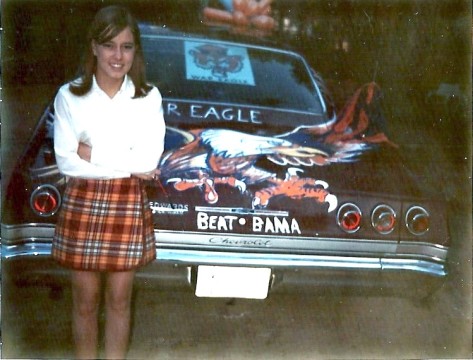 If God doesn’t have a poster print of this photo framed and hanging in His Auburn room, then I don’t know Him as well as I thought I did.

Are you the owner? Please embrace thy just fame in the comment section.