Yep, a two-year letterman (1988-89) for the Henderson State University Reddies. But don’t just take Wikipedia’s word for it—here’s the writeup on the Reddies’ “most consistent pass catcher,” only married player, and punter (!) in the 1989 Henderson State media guide.

Gus told us in 2010 that he “finished strong” as a college student. But he left out the handsome. Here he is in the program for the 1989 University of Arkansas Pine Bluff game. Dude has to be the most consistently photogenic coach in Auburn history. 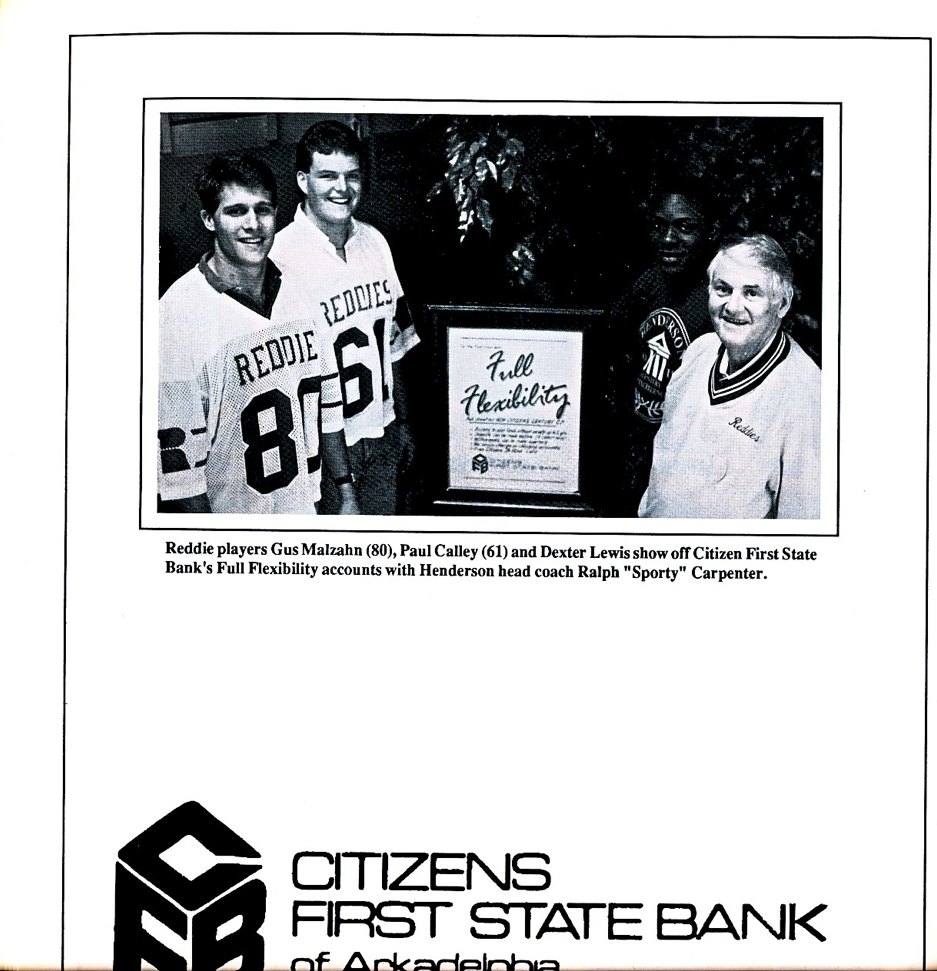 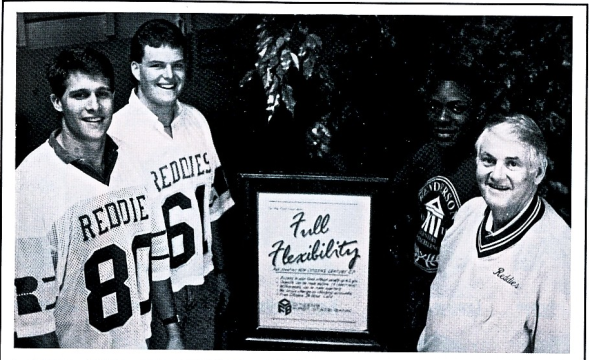 * Sexiest Auburn photo ever?
* Auburn cup spotted on ‘Hoarders: Buried Alive’
* It’s Like Talking To a Beautiful Woman: A phone call with Gus Malzahn
* Toomer’s Drugs is too fancy for you
* An Auburn coed and her machine gun