Auburn coach Gus Malzahn spent part of his week filming a Ford commercial on Auburn’s campus. So it’s obviously high time to check out some car ads featuring former Auburn coaches. And while Gene Chizik’s final Ford commercial was indeed memorable (for being so depressingly ironic)… 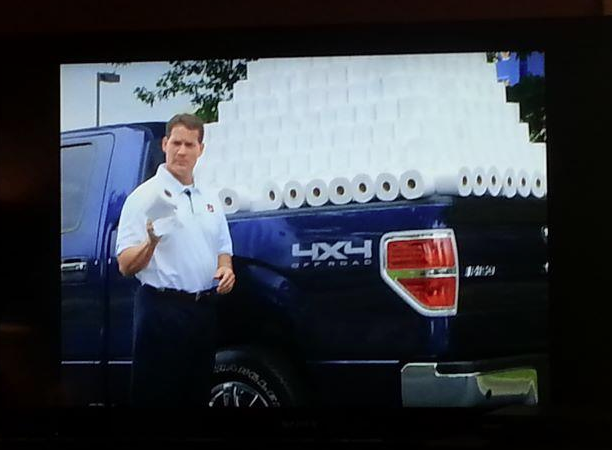 … this is TWER—you know where we’re heading: The Sexy 70s, coaches Jordan and Barfield, both of whom—AUkward…— were actually Chevy men. 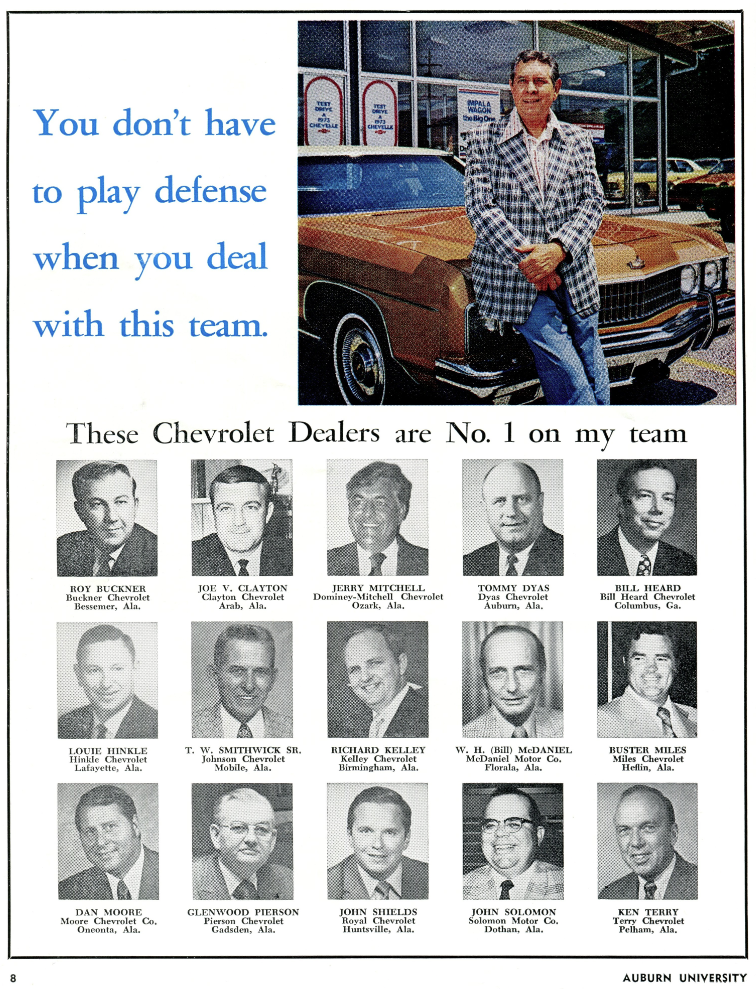 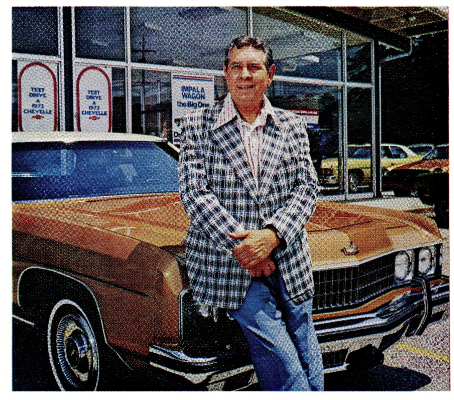 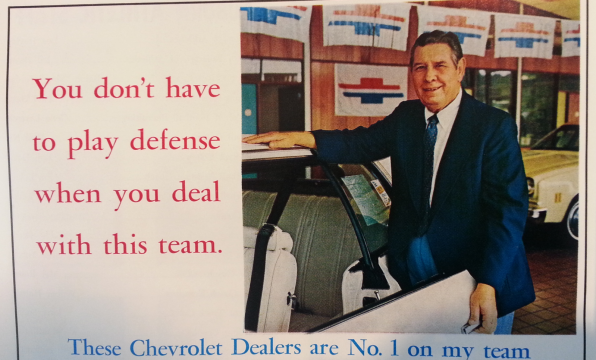 The deal extended into the Barfield era… more like Carfield.

Come see your 1978 Tigers play in your new Chevrolet. Just not that well. 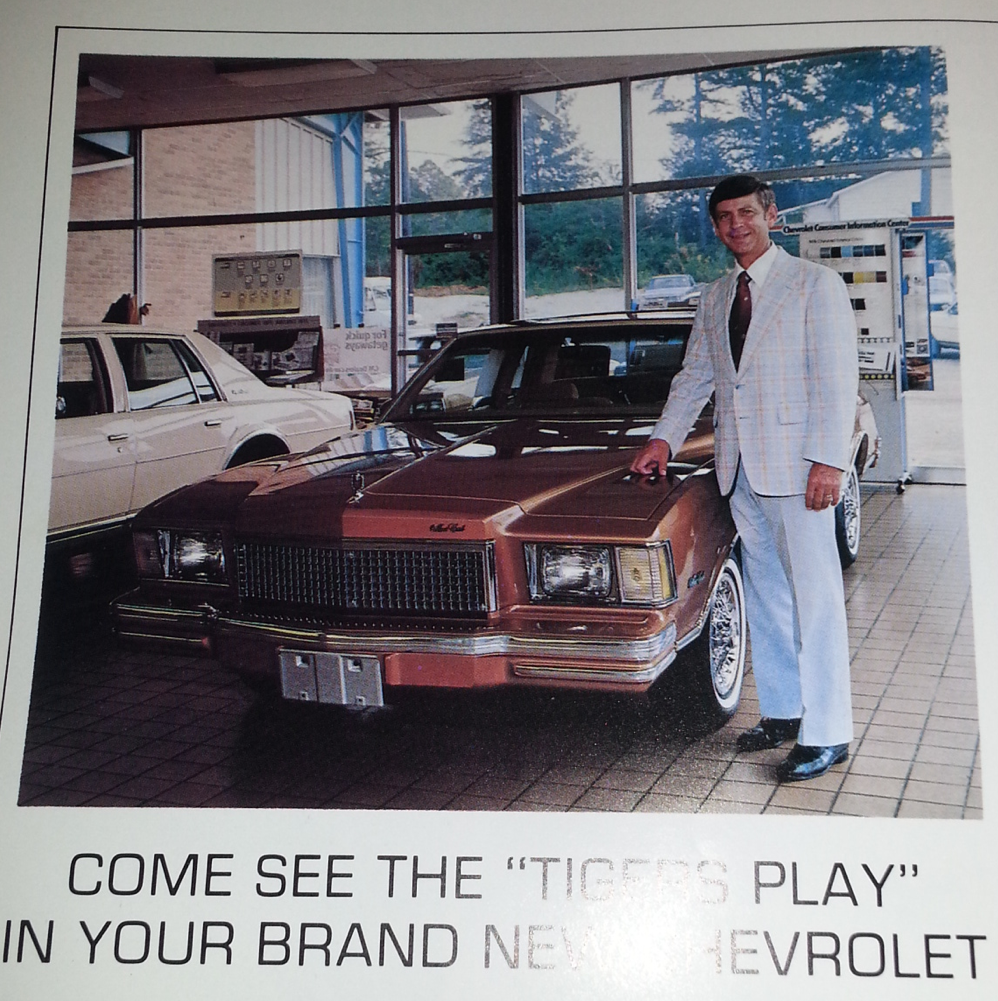 Same with the ’80 team. But he’s lookin’ good. And that car color is sweet. 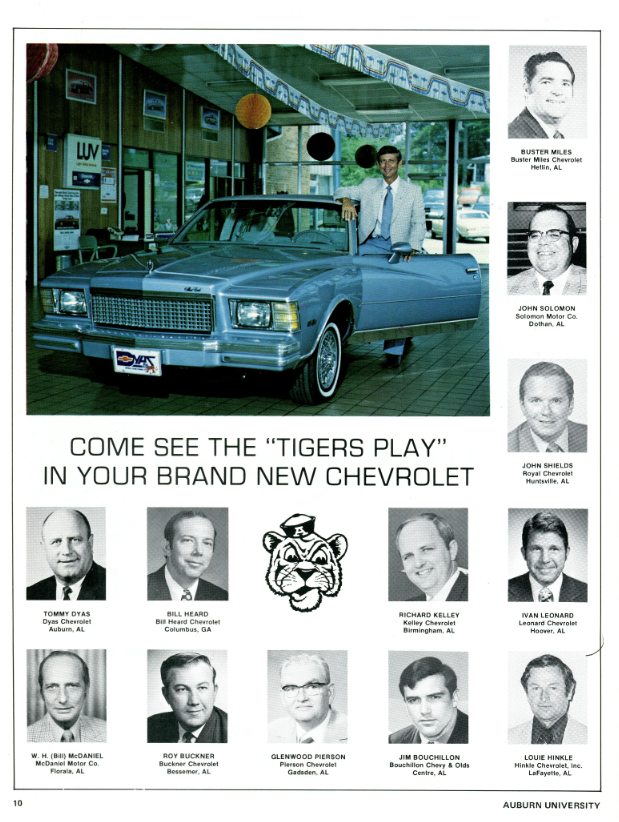 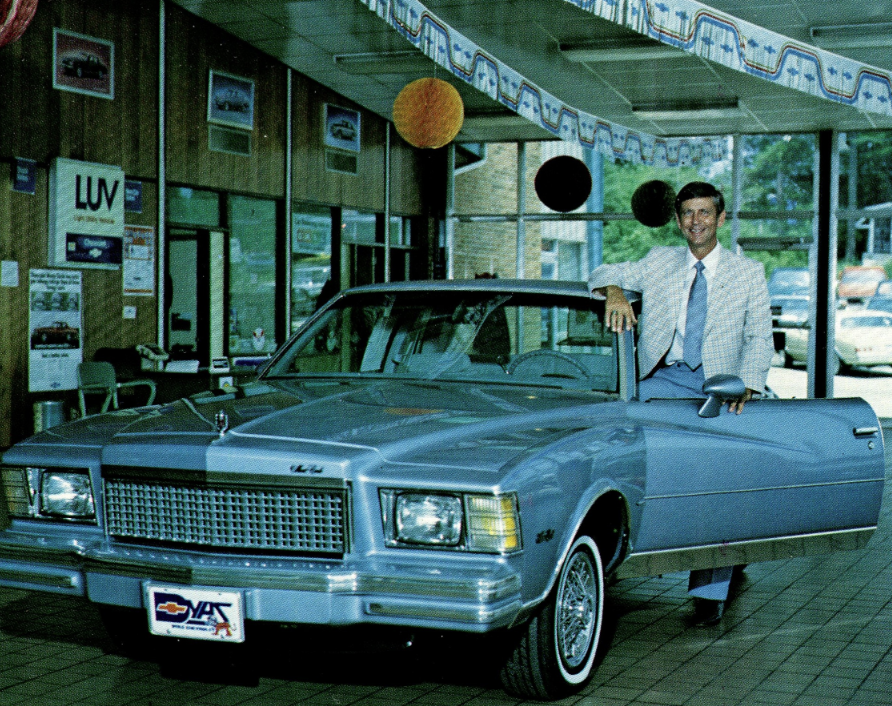 Honorable mention: The age of the AUtomobile seems to have come to a halt at the dawn of the 80s, which means this list obviously has a glaring, gaping Dye-shaped hole. But even though it’s a Golden Flake ad, coach posing with the World’s Greatest Football Machine almost fills it.

UPDATE: Oh, and at first glance you want to say that this 1993 ad helps fill the Dye hole, too—van, motor home… apparently Coach wouldn’t lend his name to a mere sedan… 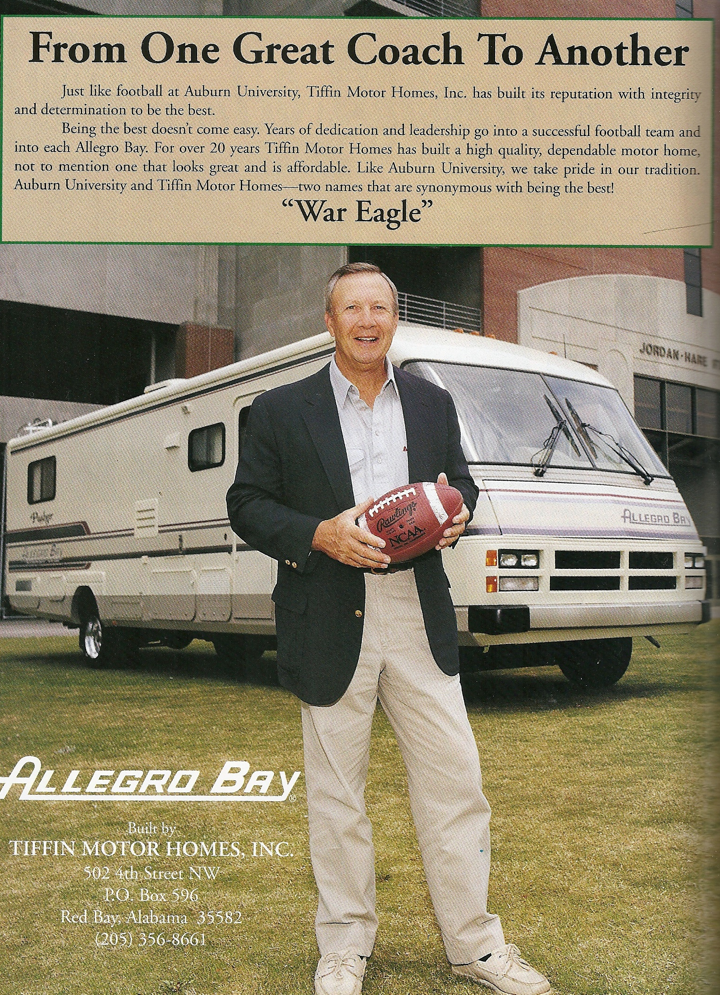 … but then you see the name: Tiffin Motor Homes, father of that Tiffin… which as Kevin points out makes about as much sense in the logic of the rivalry as Nick Saban endorsing MADE Cam Newton if they had a juniors line.