So weird—we’re worried about people what will think about it. And it’s 2013. On the internet. But apparently in March 1987, an above the fold photo of a dude walking around campus with what appears to be a inflatable sex doll on his shoulders was just another front page for the Plainsman. 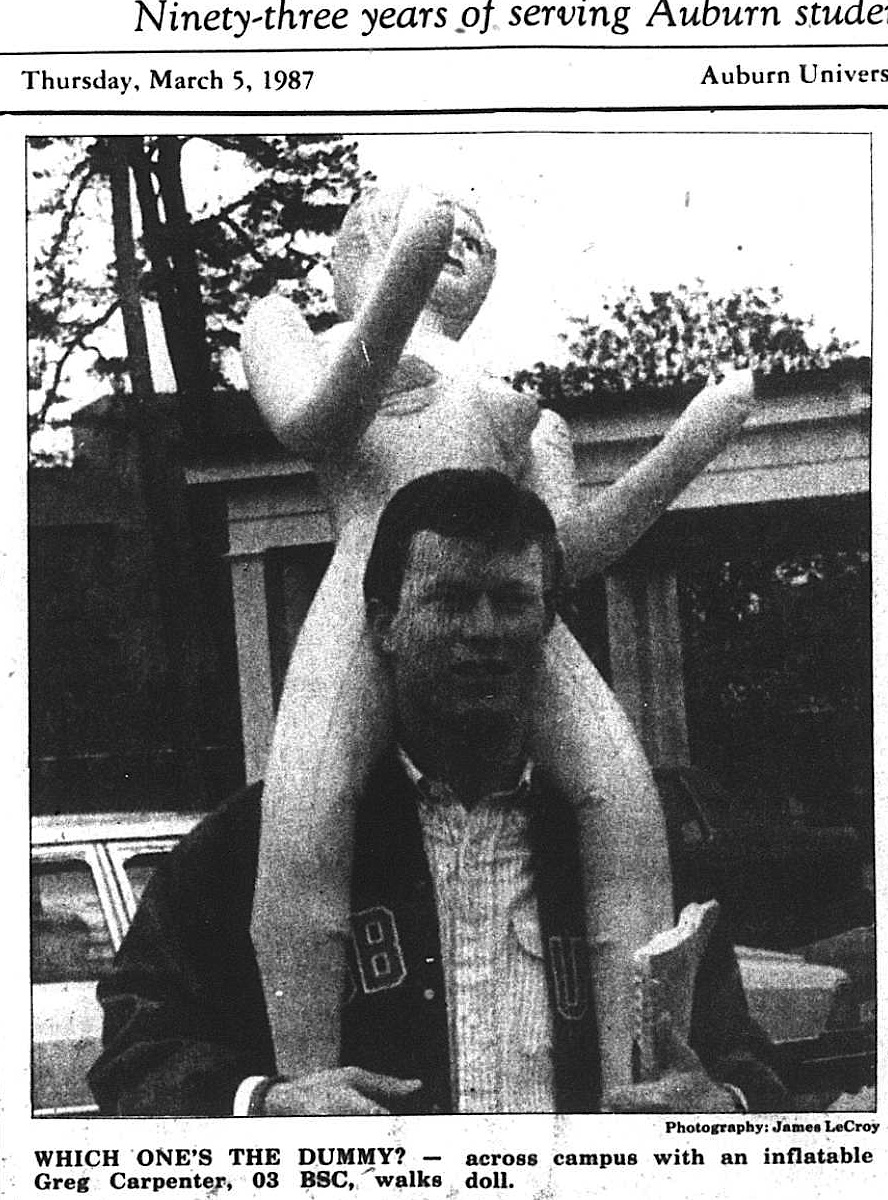 No explanation, no accompanying story, no big deal.