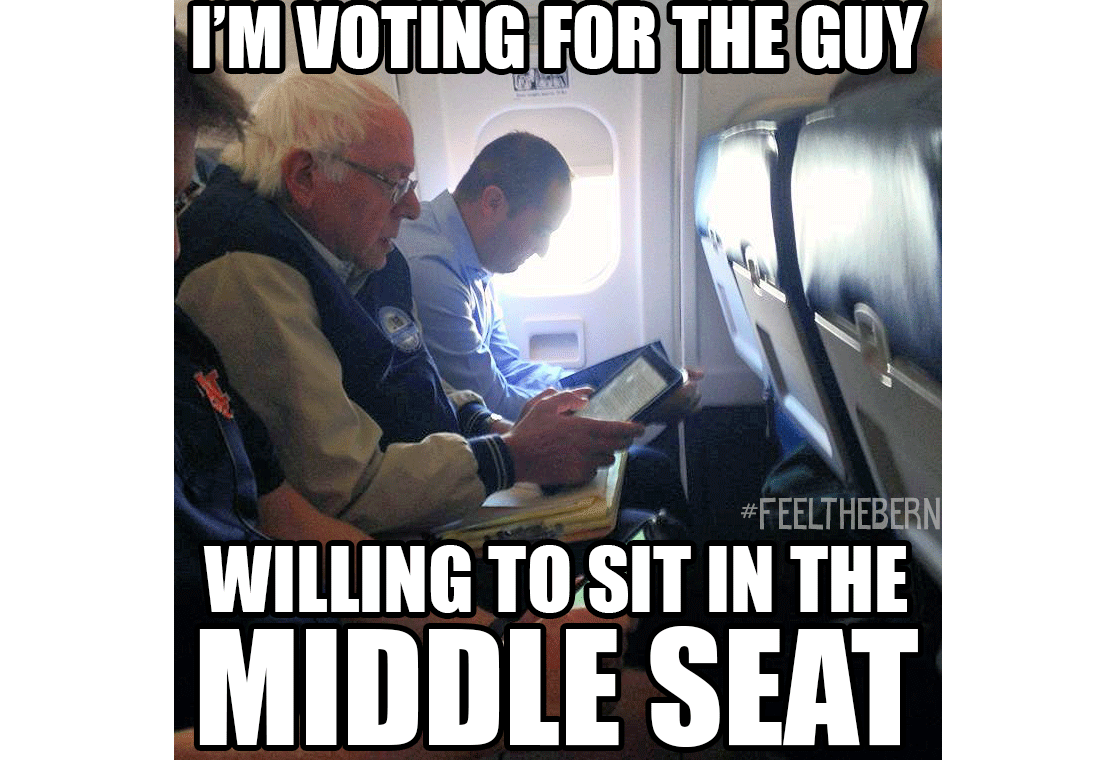 Democrat Presidential candidate Bernie Sanders has a reputation of being a man of the (snake) people, so much so that dude flies coach on regular old airplanes instead of some Possible POTUS Private Jet (PPPJ).

The idea that Sanders continues to actively eschew the first class friendly skies has become so prevalent the rumor vetters at Snopes felt compelled to take on the hashtags and memes and such supposedly showing Sanders as part of the passenger proletariat, of which there are legion. But this one is the most popular. And yep, the guy sitting next to him in the photo is wearing an Auburn shirt.

P.S. Turns out, Bernie the Candidate’s penchant for flying coach is a bit overstated, at least in 2016. According to Snopes, Sanders has chartered $180,000 worth of private, comfy air travel over the course of his campaign. They ultimately gave the claim a “Mixed” truth rating.

But hey, whatever. For our purposes: Feel The ‘Burn.

Related: 30 never-before-seen photos of Nancy Reagan campaigning for Ronald in Auburn in 1976.