Bo’s over the top outfit obviously reigns super in the Best Auburn Heisman Winner Back For A-Day Honors sense of fashion pantheon, but Sully looked pretty sharp himself while receiving the coveted Cliff Hare Award as Auburn’s outstanding senior athlete as well Sports Magazine’s award for Outstanding College Performer of the Year.

A-Day 1972 also served as the occasion of his jersey retirement… apparently happened pretty quick once upon a time. 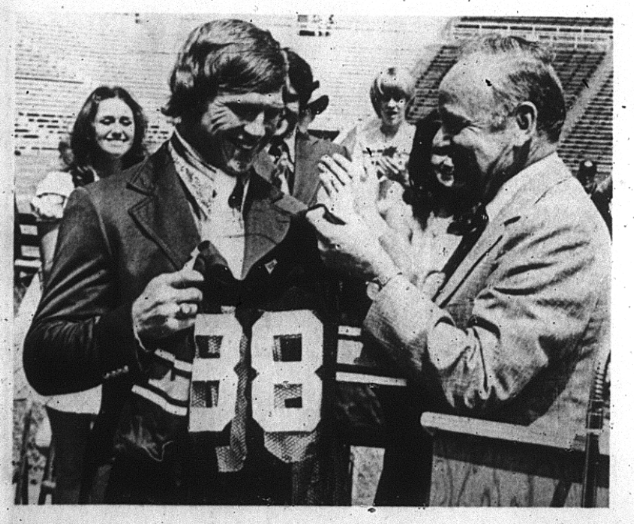 Related: That Sullivan to Beasley A-Day.