Just as the lack of rain that lowered the holy waters of Lake Martin back in 2008 allowed for the discovery of the original Sacred Slacks (and the single greatest story in the history of college football), the chance of an early-in-the-season drought in the win column has resurfaced their online Sansatar.

His advice? Turn the dropped trou of defeat into a $9,000 bid on beating the Bulldogs. Click to enlarge and take a look! 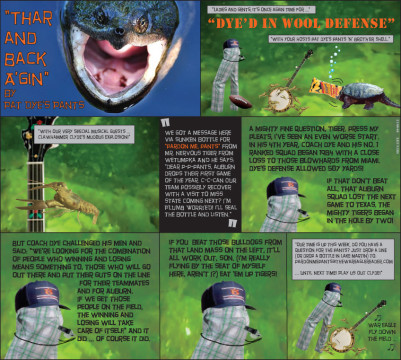 Click here to read Part II of “The Patchwork Pat Dye.” And here for a Coke commercial with the Coach. “Youcudbeawinnah!”