Big Hurt Beer, the lager former Auburn baseball great Frank Thomas loaned his nickname to late last year, has arrived in Auburn (or at least Kroger—and presumably the rest of the beer drinking world). The beer had previously only been available in the Chicago area or something.

If you don’t buy it, he’ll beat you with a bat. 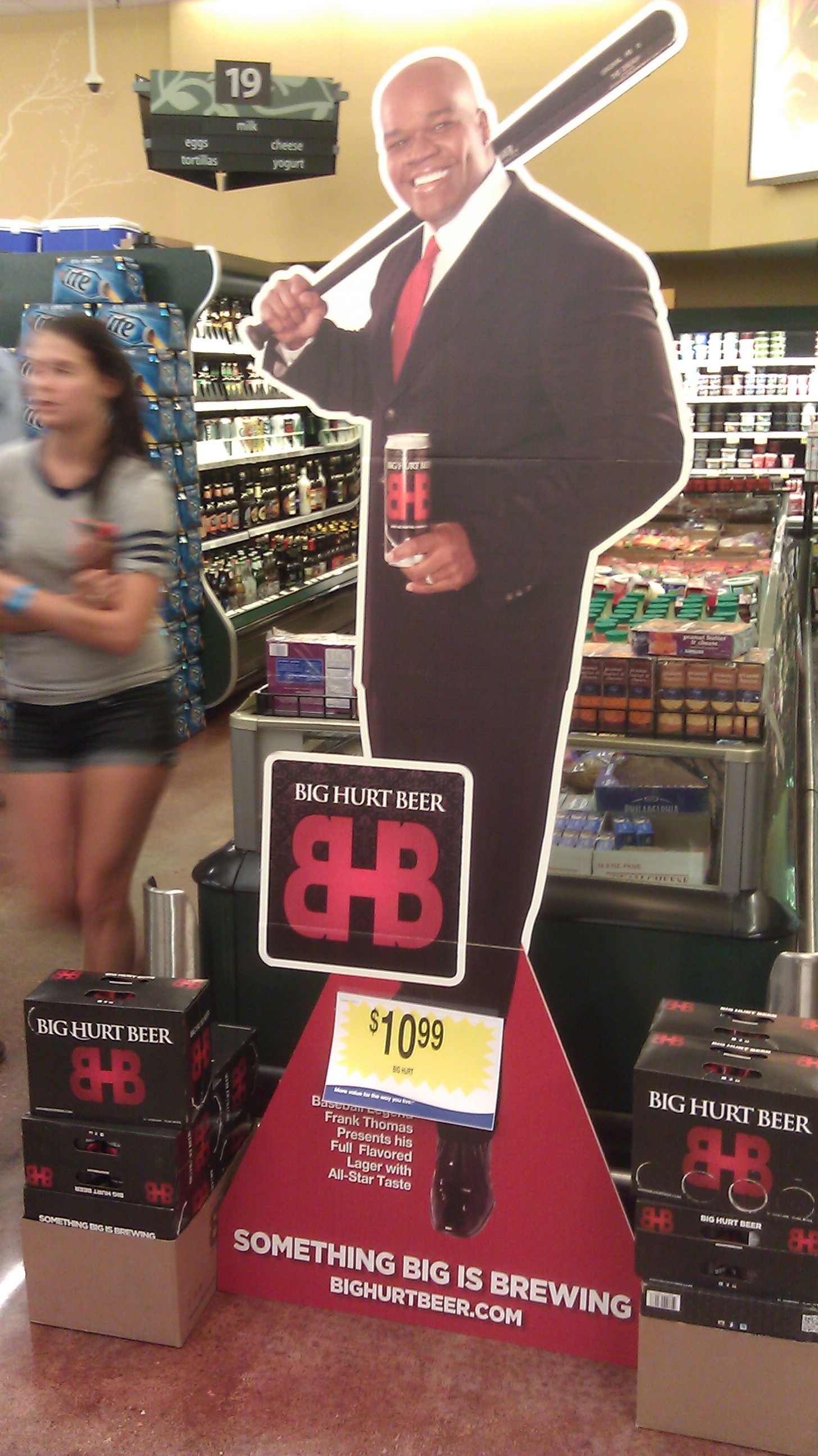 * Smithsonian Magazine photographs kid in Auburn hat at Texas prom
* The WiFi Network Names of Auburn
* Auburn’s Legend of Zelda
* That time they burned the Glom
* Show Some Pigskin: An Illustrated Guide to Auburn’s Playboy All-Americans