It seems that every year fate provides for a new trend in Auburn Halloween costumes. The Gus. The Mustache Guy. The original mustache guy. 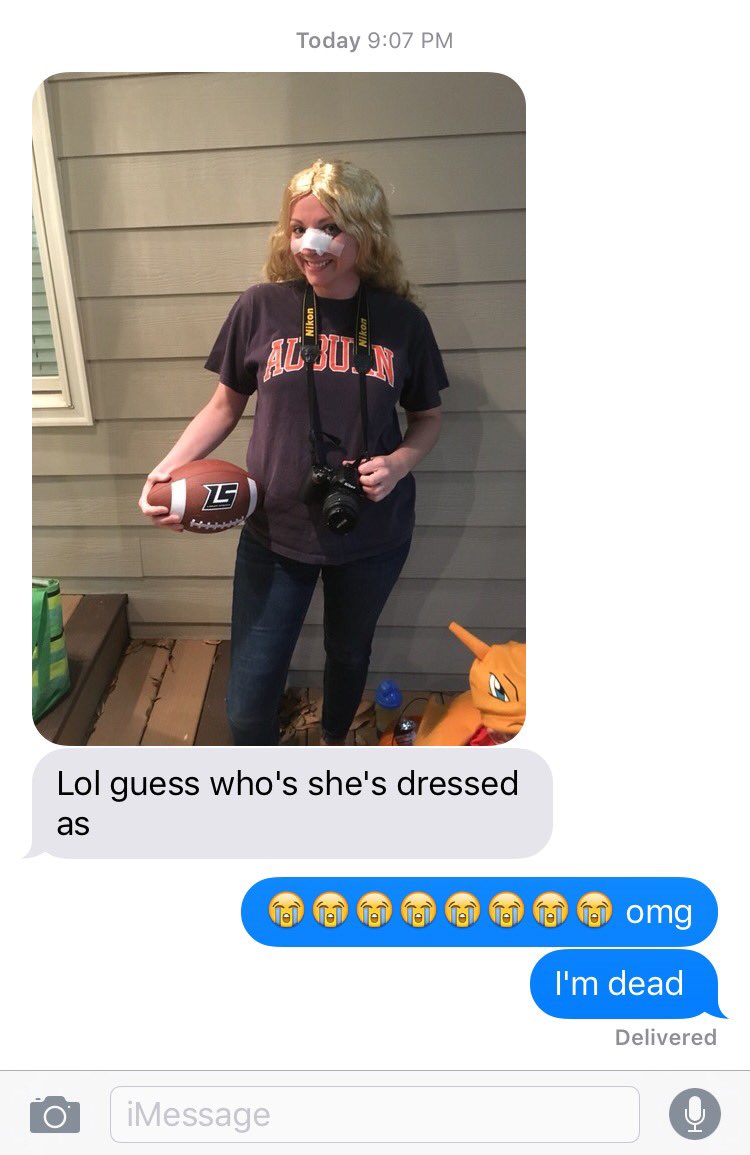 Or at least one young lady has decided to trick or treat as Ashley Ward, the viral victim of kick-off killer Daniel Carlson. There’s a great interview with her here.

Yes, the nose bandage is creative license. Unlike Marcia Brady, Ward managed to ward off rhinoplasty by turning her head at the last second. But still, it’s pretty uncanny.

Hey speaking of Marcia Brady, she actually weighed in on her real-life counterpart. Listen here. She says “War Eagle” and everything. The world is wild.