A commercial for Skyfall aired last night, just before McKayla Maroney kissed the face of God, and I’ve got Bond on the brain. I guess that’s why I went with the July 21, 1967 Loveliest today. I mean, Kandy Walker—that’s a Bond girl name if ever there was one. Oh, and what do you know, there she is standing in front of a giant poster for You Only Live Twice. Holding a shotgun.

“…007 will need more than two lives when he encounters Auburn’s own deadly weapon.”

Kandy was a majorette and the 1966 Alabama College Queen. And don’t worry—she was but one of the many Loveliests who packed heat in front of the camera over the years. 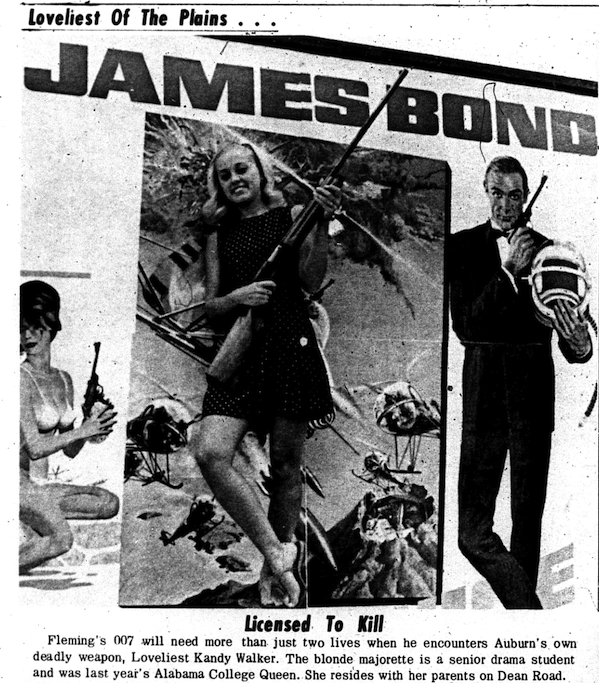