Cam Newton is currently signing autographs at a mall in Charlotte. Signed photos are $125. $150 will get you a Bless’ed football. $175 will get you a jersey. And stupidly, a lot of folks are crying fowl, including Charlotte Observer columnist Scott Fowler. He thinks athletes, or at least Cam, should cramp his hand for free (he does, constantly), at least in Charlotte.

“For some reason, it feels different to me when Newton is charging for autographs in Alabama,” Fowler wrote.

Cam was the main attraction at an autograph session at a Huntsville mall in February. The price tag on his signature was the same.

“That was from a different time in his life.”

Exactly. At this point in his career, he should be asking for twice that.

Judging by the line today, he probably could. 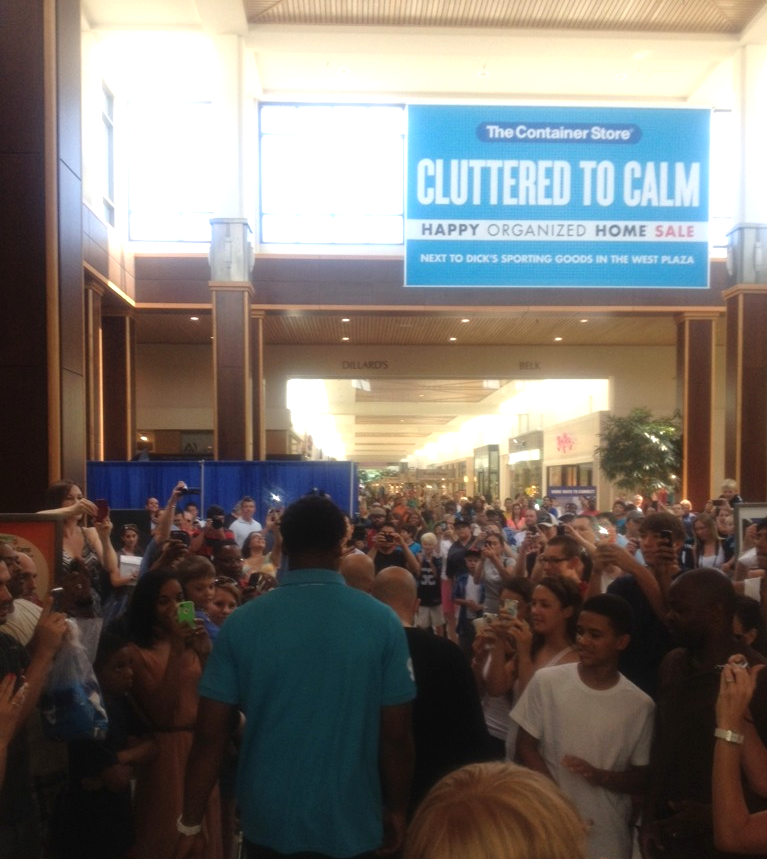 But if the citizens of Charlotte are worried about getting ripped off, some guy named Bo Jackson will be autographing stuff after Newton. He’s only charging $75.

Related: Katy Perry had her picture taken with Cam Newton—and she liked it.