For the first time in several days, Auburn fans knew where Cam Newton was going to be. And they descended.

The Blessed Individual was at Parkway Place Mall in Huntsville this afternoon signing autographs and posing for photos. Sure, he was joined by the two other persons of Auburn’s Heisman trinity, but if the price tags on autographs is any indication—Sullivan-$35, Bo-$85, Newton-$125—Newton was the main attraction. 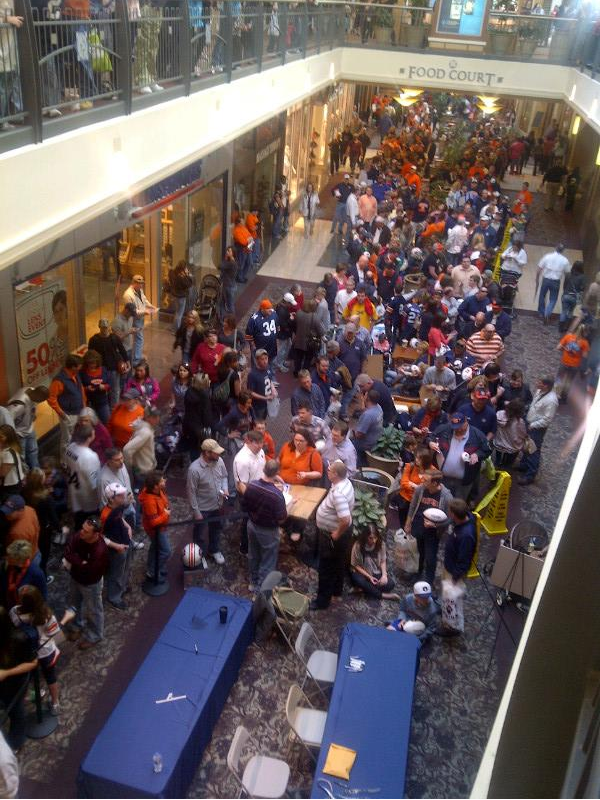 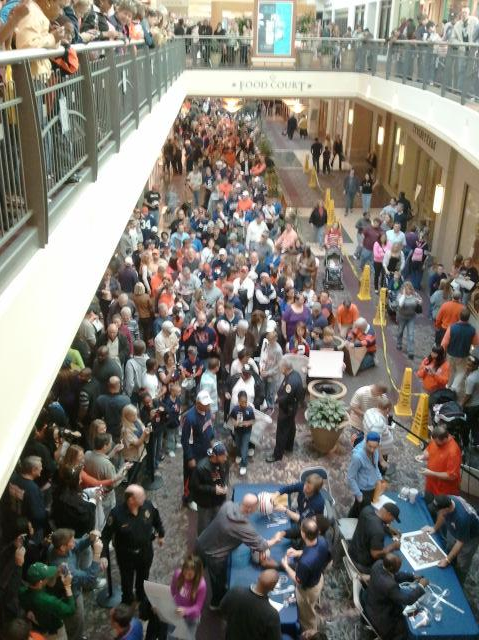 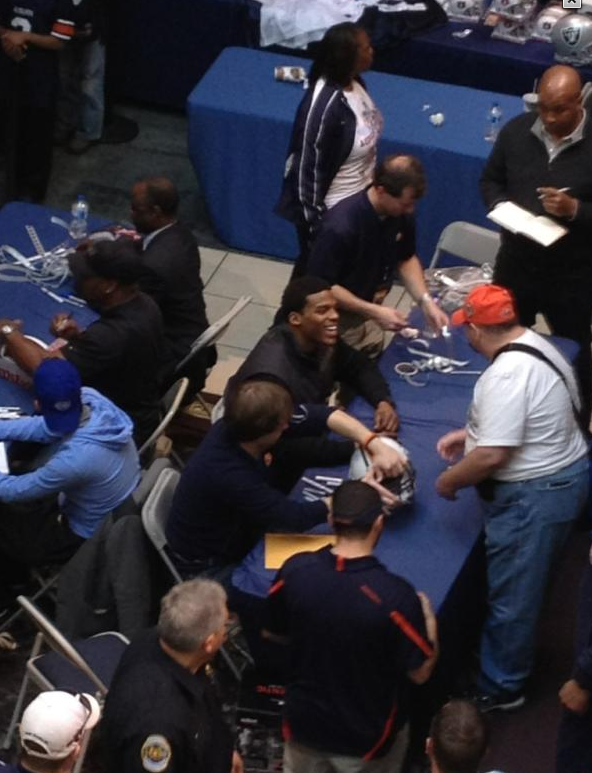 On Friday, Newton surprised students at Wright’s Mill Road Elementary School with an impromptu visit. Then he headed to Moes BBQ.