Katy Perry had her picture taken with Cam Newton at the Associated Press NFL Awards this past Saturday—and she liked it.

Giving the rookie of the year trophy to Cam Newton, Perry, flirted with the 22-year-old recipient in front of a packed house.

“You’ll be the first straight man I’ve had a photo with in a long time, so live up to it,” Perry told the Carolina Panthers player.

Replied Newton, according to the Associated Press: “I am.”

Perry’s weren’t the only pop star elbows the NFL Rookie of the Year rubbed over the weekend.

At ESPN’s “NEXT” party on Friday night, Cam aka Cammy Cam aka The Dinosaur aka The Swag Man aka The Next Athlete of 2012 was tapped to introduce Drake, whose music apparently fuels Cam’s pregame iPod playlists and post game pickup lines each and every Sunday.

He looked smooth. He talked smooth. But that he didn’t AKA himself as The Blessed Individual cuts, it cuts deep. Come on, Swag Man. 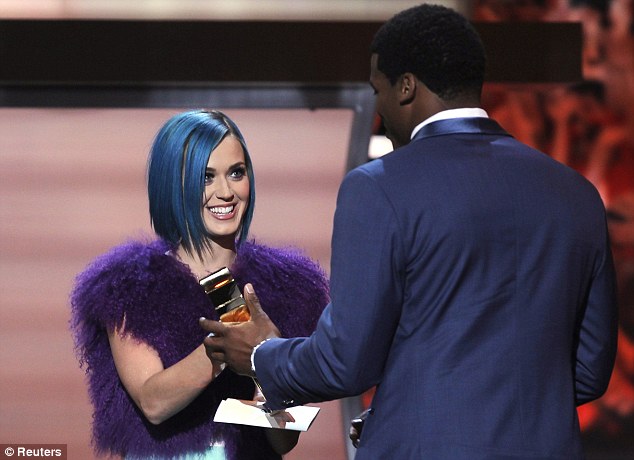 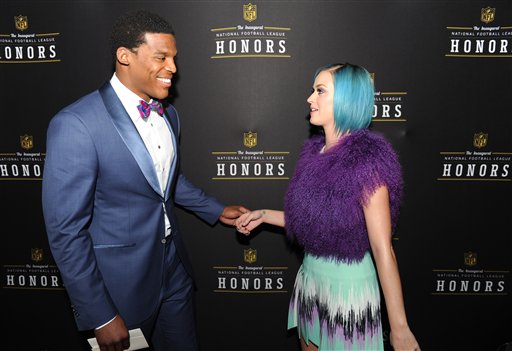