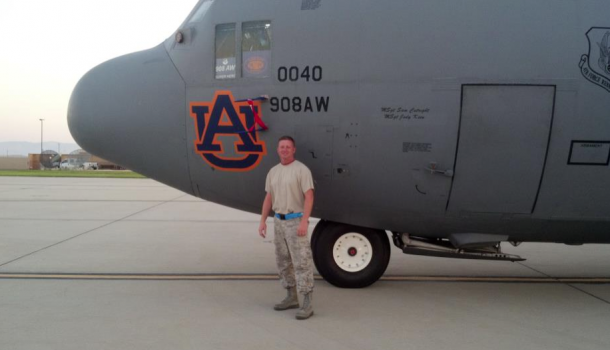 Here’s a photo from Auburn fan Brian Tucker, an Air Force Tech Sergent currently stationed at Edwards AFB in California, just, you know, posing in front of a C-130 emblazoned with a giant Auburn logo.