Of course she’s an Auburn fan. Of course she was actually wearing an Auburn shirt. That’s what happen with cute ‘n’ cool viral stories. They involve Auburn fans. That tattoo video. That marathon running dog. That dad and son. Aubie wisdom toother. And obvs don’t forget (if such a thing were possible) Alice.

Add to the list 15-year-old Trussville teen Darby Risner, whose 45 minutes stuck inside a Barney the Dinosaur head have been clicked into the Internet’s longest 15 minutes since, like, Chewbacca Mom. So, like, a month. But still. The Today Show. British papers. Websites in New Zealand. CNN. The Washington Post. (Swear I saw a screen grab of her on Ellen, but I guess not. I’m sure it’ll happen.)

@loganrisner1919 “took a long time to get these things big” pic.twitter.com/JOMZ6ESVHW

Darby got stuck in a Barney head pic.twitter.com/oTkoDEsiay 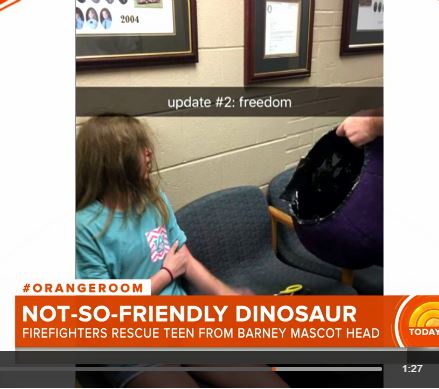 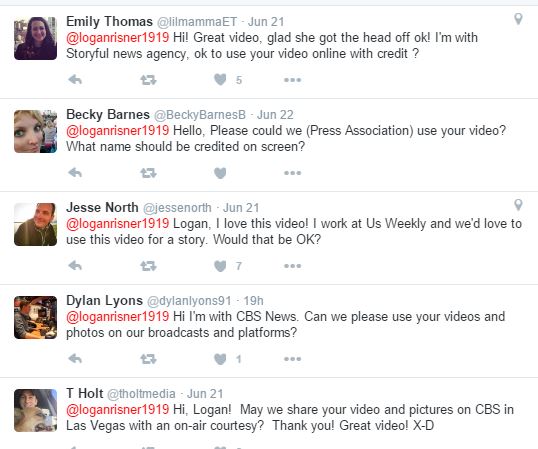 Like all Auburn fan viral stars, Darby seems to be taking her hilarious new-found fame in stride.

Full disclosure: I was also once stuck inside a Barney head for about 45 minutes. 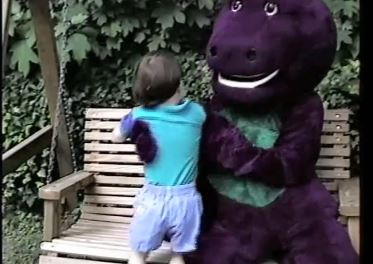