There’s an Auburn banner hanging from the suspended speakers outside of the famous Golden Nugget hotel and casino in Las Vegas. How did it get up there? Why is it up there? Is it Frank’s? 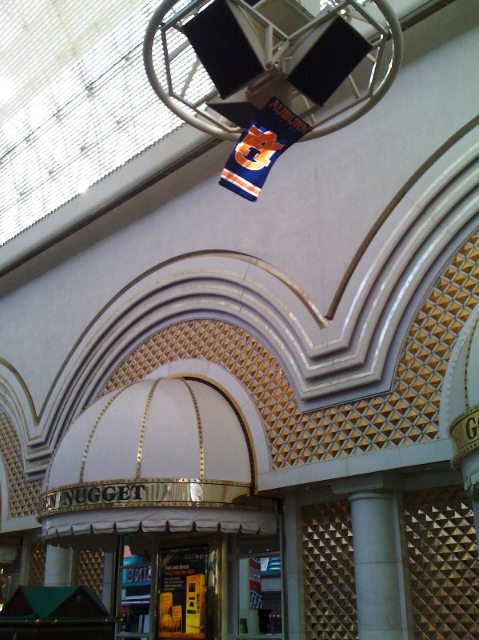 When it comes to random Auburn stuff appearing beyond our borders (and beyond, and beyond beyond), sometimes it’s best to simply enjoy it, not ask too many questions. Some of our greatest patriots choose to operate entirely in secret. And this time, we’re going to respect that. Until someone talks. (Or until someone tells us that it’s College Week at the casino and there’s an entire row of banners and we were just sent a picture of the Auburn one. Please don’t be that someone.)