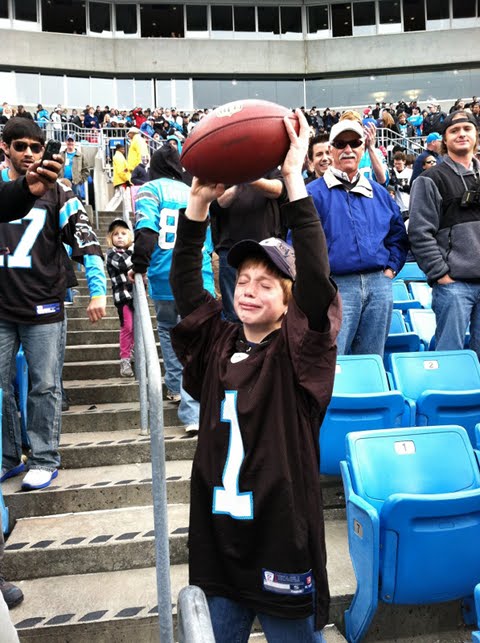 This is a photo of a boy named Parker, the young lad in the Auburn hat who was given a football by Cam Newton during the Carolina Panthers’ Christmas Eve route of the Tampa Bay Buccaneers, and it is worth every word ever said about Cam Newton by every Auburn fan ever. Thank you, Parker, for giving visual voice to our joy.

Parker’s dad talks about the Christmas miracle here. You should read it.