The best thing about sports columnist Chris Linville’s tongue-in-cheek prophecy about Bo Jackson’s future printed in the October 24, 1985 issue of The Plainsman is that some of it actually came true. 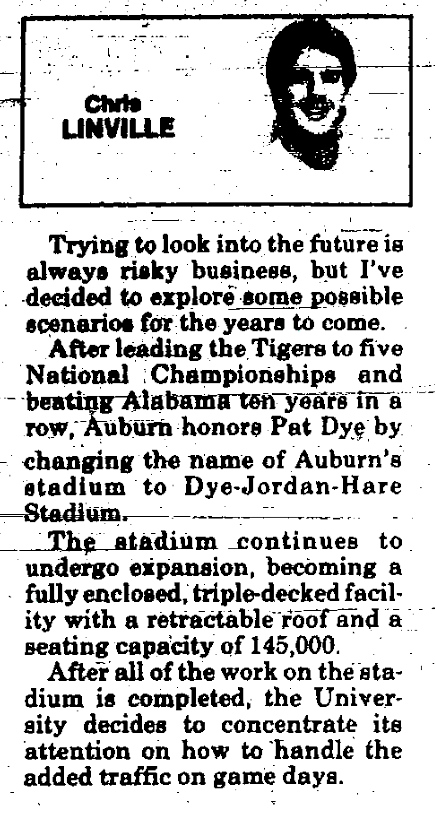 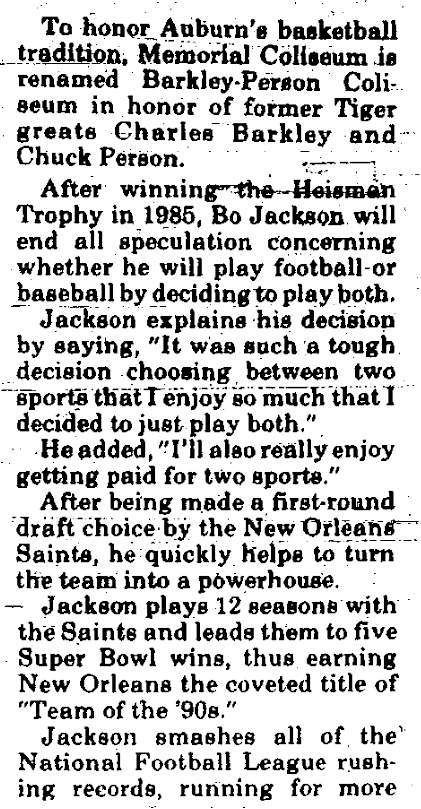 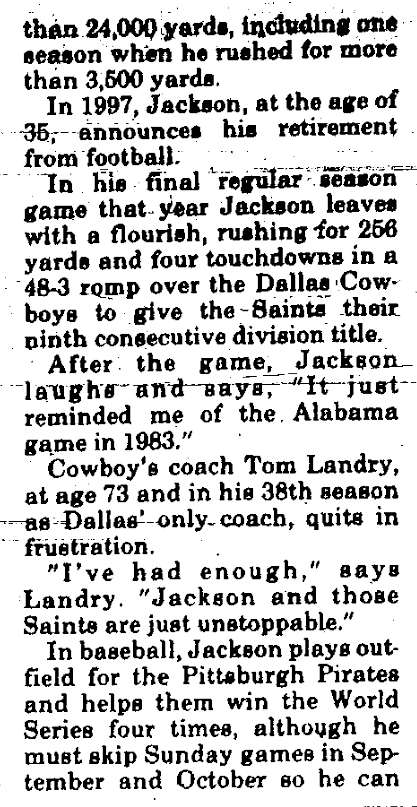 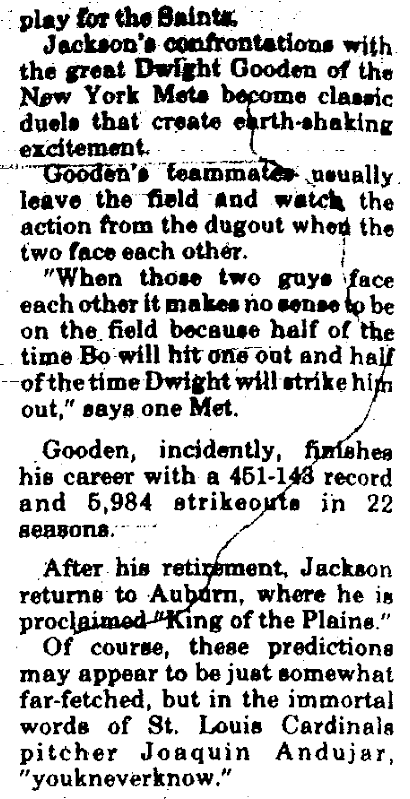 I’d like to think that this was cross-posted (probably, somewhere) to KripkesSportsAlmanac.com.