The cottage industry that has sprung up around Auburn snowmen production (and internet documentation) shows no signs of slowing. But maybe it should… because what’s the point of trying to top this Birmingham-area masterpiece by Steve Cavender? 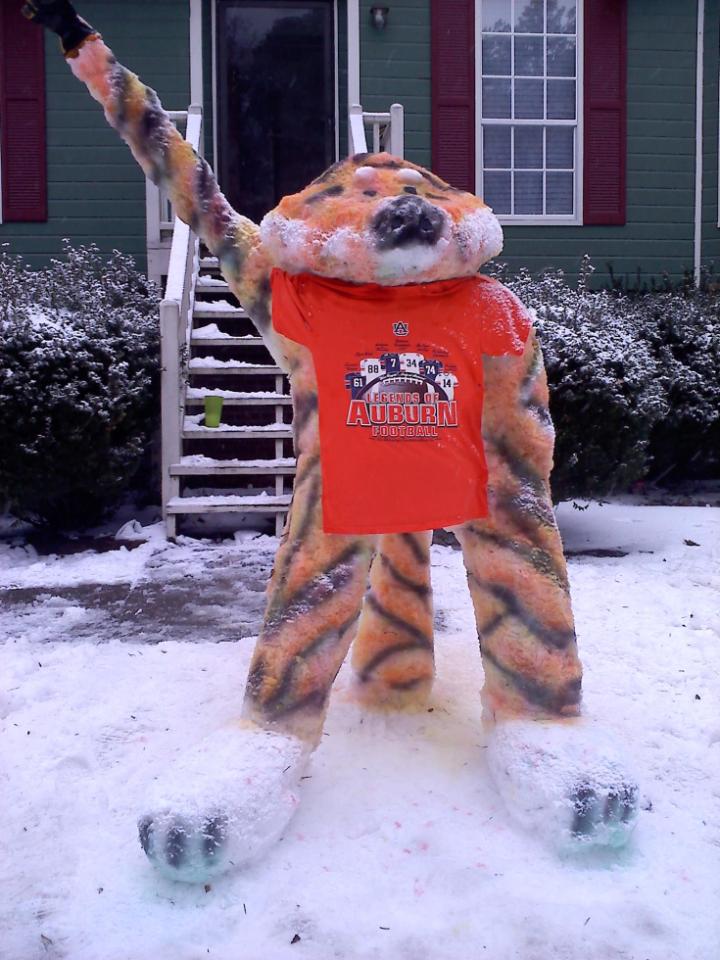 Of course, yesterday, we would have said the same thing about this, so yeah… keep at it.