Two of the three examples of the Alabama Department of Corrections PC plate police policy disallowing mean vanity plate messages directed towards your team’s rival were people trying to alphanumeric their hate towards Auburn. H8AUBIE? HA8AUB? Both were banned and used to set an example for all the h8ters out there. 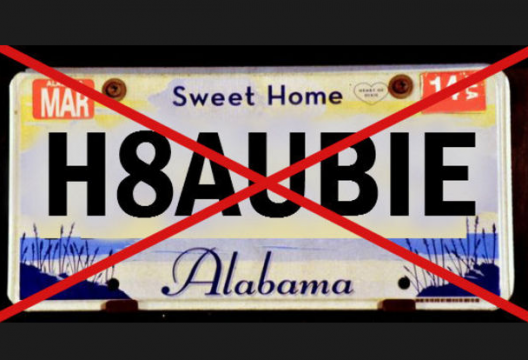 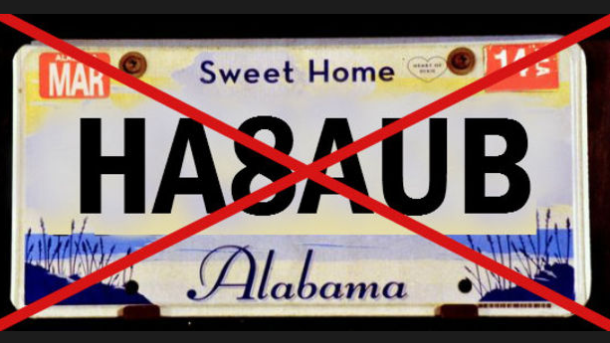 It’s why we were proud to post something last week about one creative Auburn fan’s outside-the-box, trash-talking end around. But apparently Auburn fans can also just go right up the middle.

So do the rules not apply on specialized university tags (here’s another one that’s pretty direct)? Or just to Auburn fans in general?

UPDATE: “Look at what this guy got away with” — Brittany Morgan. 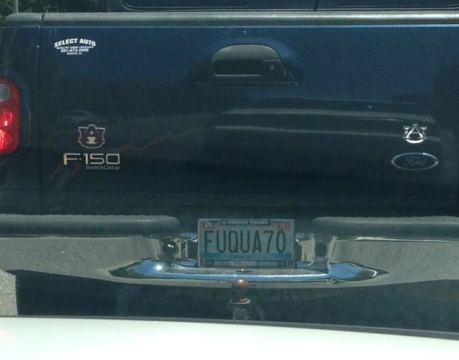 * ‘My national championship for Auburn in 1913 is a very valid national championship’
* John Heisman: Auburn ‘the first to show what could be done’ with the hurry-up offense
* Auburn theatrical legend John Heisman put on, starred in play to save Auburn football
* The first Coke was sold in Auburn? An Auburn pharmacy professor was certain of it
* Auburn cup spotted on ‘Hoarders: Buried Alive’
* Auburn wore green jerseys TWICE in the 1930s
* Best reaction to being named Miss Homecoming ever
* Leonardo DiCaprio and his Auburn hat are back—this time on the streets of New York