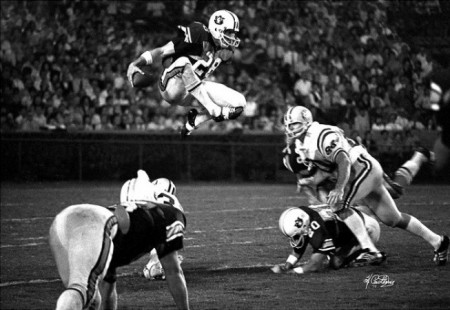 The 1972 LSU game sucked:  a 35-7 LSU rout. It was the only game Auburn lost that year (fun photos here). But it had its moments, namely this play and photo: David Langner intercepts a pass, hops on his magic carpet, and heads for the end zone.

It was wet, it was nasty, it was OA-News photographer Herb Cawthorne’s first major assignment.

According to Cawthorne, the Associated Press went on to name it the Sports Photo of the Year.