The familiar orange and blue stripes on Auburn’s football uniforms are on the left shoulder—and the left shoulder only— of the new basketball jerseys. Here’s a photo of senior guard Josh Wallace modeling the new duds in front of a green screen today during a photo shoot. 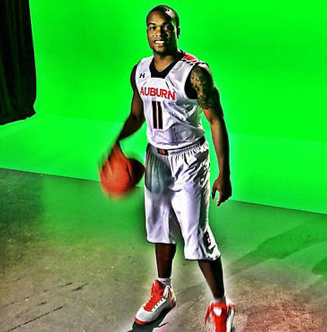 There also seems to be an interlocking AU on the shorts that hearkens to the rim-rocking days of Chris Porter and Co. So that makes us happy.