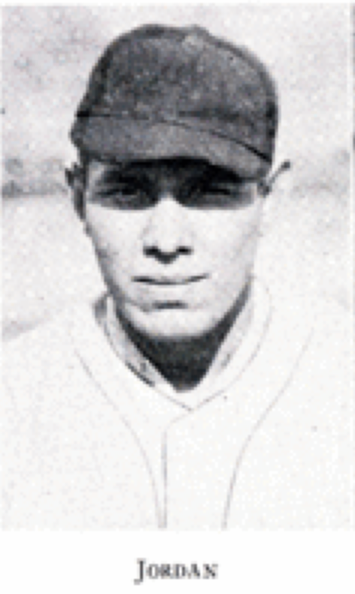 We know that Shug was the Pete Maravich of Auburn Basketball once upon a time, and that he was the Shug Jordan of Auburn Football. But he lettered in not one, not two, but three sports while at Auburn. So what of his baseball exploits?

Auburn’s two best hurlers are hurt. There’s only one left, a southpaw sub named Shug—no, make that Lefty. That’s what they called him. Lefty Jordan.

Coach Sam McCallister walks up to him before the game.  “Let’s see your stuff, Lefty.”

Lefty gets in there. And he won the game for Auburn (5-3)—with a three-run homer, not his pitching.

“Shug just threw it in there and let those Florida boys hit it and they did hit,” former Auburn Athletic Director Jeff Beard told The Plainsman in 1972. “Home plate was up at the corner of where Drake field and the tennis courts used to be. Florida would hit that ball and you’d see it go over the rise and disappear toward the field house.”

Thankfully a dude named Porter Grand, the centerfielder, would somehow come up with it. Over and over again.

“The poor guy’s suit was ringing wet” by the end of the game, Beard said. “And his tongue was hanging out like a red necktie.”

But Shug was at least sorta decent enough at baseball to actually kinda consider making a career of it—briefly consider… and only because jobs were scarce for Great Depression grads (he graduated in 1932).

“After graduating, I was hanging around home (in Selma) trying to find a job, which was pretty hard to come by, when a friend of mine called me and asked me if I would come over to Uniontown and pitch,” Jordan recalled in the same Plainsman story.

“That sort of convinced me that baseball wasn’t for me.”

But the real sign from the Lord, one that might have butterfly effect-ed the course of Auburn football history (in a good, national championship kind of way), was Shug’s diamond deeds with the semi-pro Selma Dewdrops, which has to be the best name for a semi-pro baseball team in Selma ever.

He was on the mound against Plantersville. The batter was jumping around and such. Shug had to plunk him.

“I rared back and threw as hard as I could,” Lefty said. “I hit the guy in the head and he just dropped the bat and trotted to first base as if nothing had happened.”

“I knew if I couldn’t throw harder than that, it was time to quit.”

At least quit playing. Because Auburn Baseball needed a coach for its freshman team. Who answered the call and stayed on the line for five years?

Photos from the 1931 Glomerata.