That more photos from it aren’t readily available to us is something of a mystery. Because for one brief, shining, sun-oiled moment, TKE’s annual Miss A.U. Tan contest was an Auburn institution, a major campus event—it typically had upwards of 5,000 in attendance—that doubled as the embodiment of 1980s “COLLEGE” lechery. Each year, from 1981 (I think) to 1989 (I think), come late May, the Teke lawn was the cover of Hardbodies come to life, a (now) politically incorrect, high heeled parade of high-riding, French-cut bikinis (and those cutout monokini things) set to the live sounds of bands like Adrian Belew of King Crimson, the Dickey Betts Band, and other big time regional acts, and perfumed with the sweet sweat of Hawaiian Tropic, which along with Budweiser (Bud Man showed up a couple of times) sponsored the thing and flew winners to Daytona Beach to compete in the mega contest (First Place got you a Porsche, a Jet Ski, and an anywhere-you-wanted vacation for two).

But that there isn’t a Tumblr of Polaroids of Spuds McKenzie posing with Aubie or the eagle or Pat Dye or Lawyer Tillman, or in an Auburn shirt or something (or if—God forbid—they don’t exist) is a straight up slap in the face of Auburn’s historical record. Because according to the Glom, he was there one year—Budweiser’s bull terrier big shot was in Auburn, 1988 I believe, when his bark was at its pop culture pinnacle. That, more than anything, should show you or remind you what a big deal this thing was. Spuds, people—Spuds. That is so legit. Friends, Greeks, countrymen—lend me your ears: Comb your negatives, harvest your old trunks, plunder your fraternity scrapbooks and FIND US THAT DOG.

And if you happen across any photos (or video… has to be out there) of the contestants, feel free to send those as well so that we may regularly augment this post (we’re working on the interviews). Judging by the search terms that steer traffic our way, Miss A.U. Tan nostalgia will never yield. 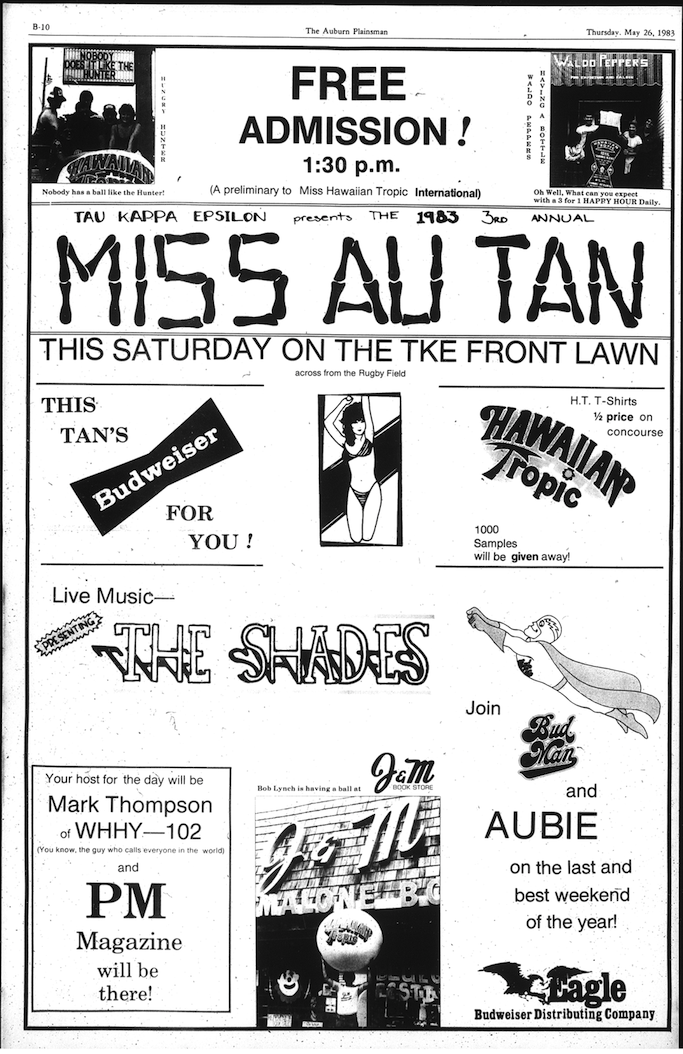 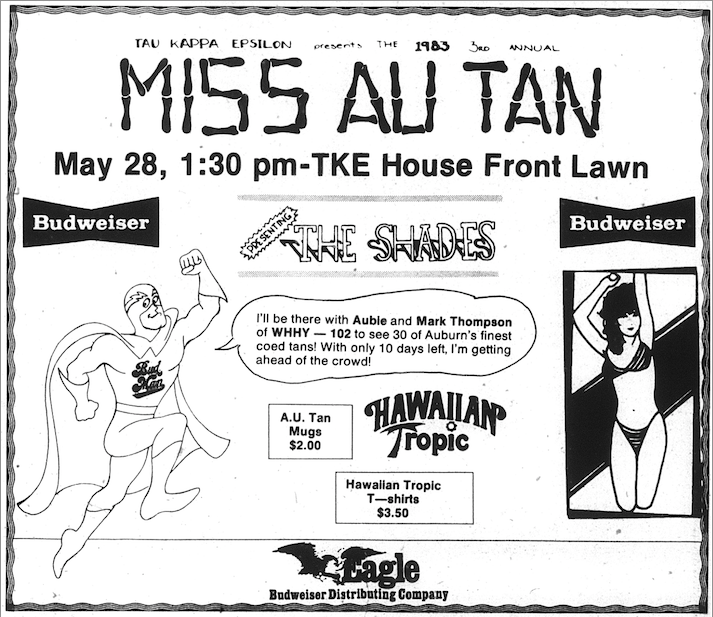 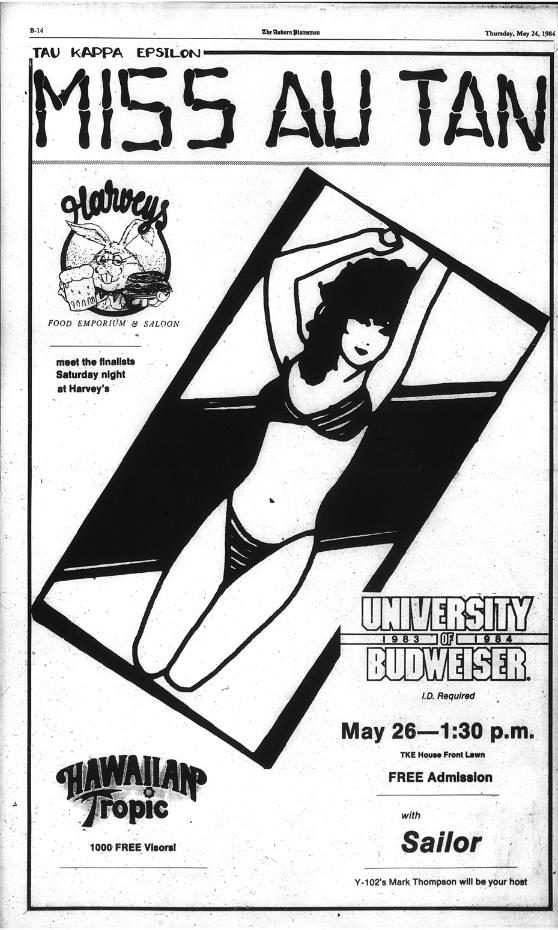 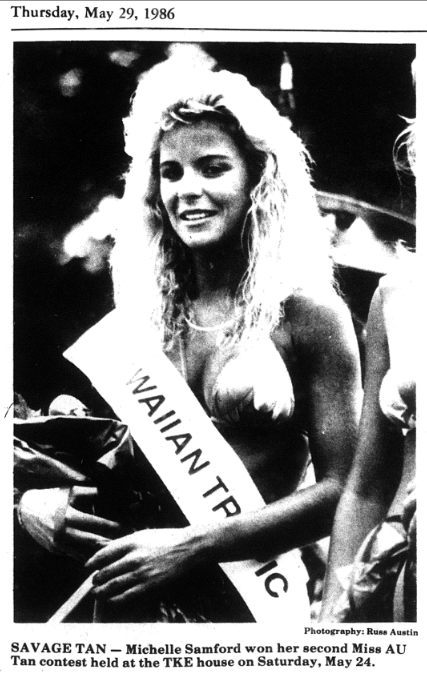 If you have any Miss A.U. Tan / Spuds McKenzie photos or stories you’d care to share, send them to [email protected]