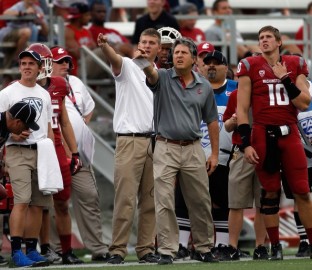 Swing your sword, Auburn fans. If you still have one.

Auburn today announced the Tigers will open its 2013 schedule with Mike Leach (#freebruce) and the Washington State Cougars August 31 at Jordan-Hare.

According to Auburn Media relations director Kirk Sampson, Auburn was “originally slated to play Jacksonville State in 2013, however a scheduling conflict could not be resolved.”

Today’s other news of note: the once-annual Before Bama Bye Week has returned.