I know exactly what you were thinking: “There’s no way he’s going to be able to waste his afternoon on some awesome gallery of vintage football programs like he has been the last two Friday’s because there aren’t any vintage Auburn-ULM programs and good for him, now he can spend time with his family.” Well, you were right, but you were wrong! And so was the family… everyone wins. Because there it was this whole week—there she was— just starin’ at me on my desktop and it was just meant to be.

Sure, it’s Auburn cupcakin’ against. La. TECH, but Marilyn MONROE is on the cover, or at least the likeness of someone with a likeness to Marilyn (If I read cowikly, her career candle would have only just been lit in ’47. But with God, all things are possible. I’m sure she was an Auburn fan.) 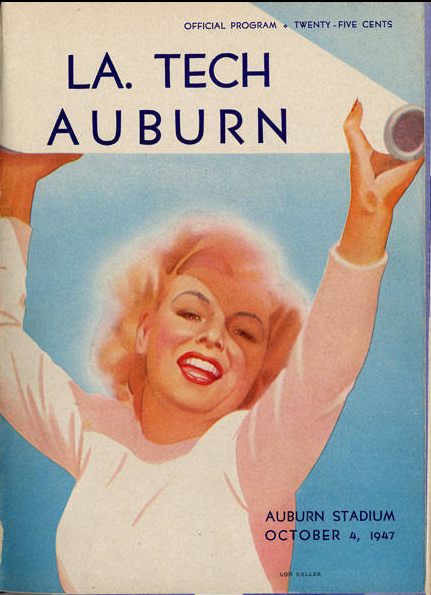