Bare limbs. No cheers. Cops fished rolls of toilet paper that fell inside the barricades around the trees out with their Asp batons and handed them back to the kids. This video wasn’t taken hours after the game, it was 10 minutes. War Eagle. 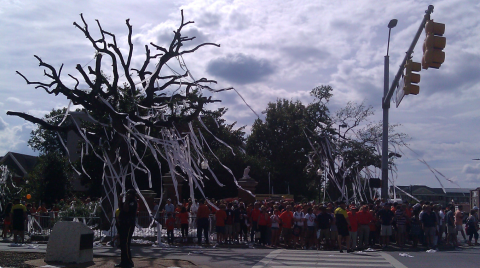