Talk about oral history—last week, former Auburn wide receiver Prechae Rodriguez hauled in the game-winning touchdown as time expired in the Tampa Bay Storm’s first ever win over the Jacksonville Sharks, and if we see the logo we think we see in this photo snapped just after he did, he may not have changed mouth guards since his game winning touchdown catch in the 2006 Iron Bowl. 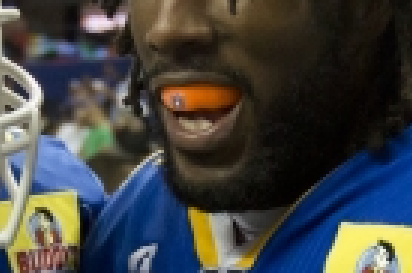