Some folks might have seen the Chick-fil-A Bowl as just another chance for Auburn to lose a game. Floyd “Money” Mayweather apparently just saw dollar signs. 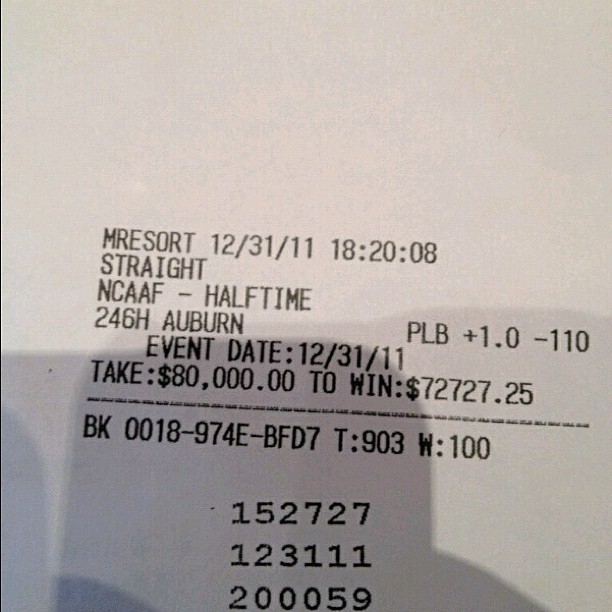 Among other healthy bowl game wagers, the undefeated professional boxer took Auburn +1 over Virginia at halftime with an $80,000 bet. The Tigers were up 28-17 at the half. If we read his receipt correctly—he tweeted a photo of it before starting a 90-day jail sentence — Mayweather was up $72,727.25… $2,500 of which will likely go toward the fine for his domestic violence charges.