Every time Bama loses, an angel rolls Toomer’s Corner. Or at least for Losses of the Century. 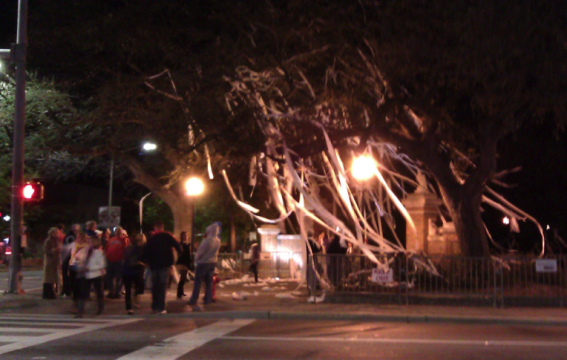 Dean Foy, for whom the annual V-ODK Sportsmanship Trophy is named for, would be proud. (That’s not sarcasm.)

UPDATE: Turns out the trees were rolled proper-like after Auburn Basketball’s 83-47 win over Victory University—the Exhibition Game of the Century— earlier in the evening. We apologize for the confusion. But they were still being rolled, at least sporadically (and with leftover rolls, we’re sure), at 11:15 or so. Random shouts of “LSU,” etc. [See comment #3.]