Up until this year’s LSU game, I’d be willing to bet that more people on this 7 billion person planet of ours had seen Clint Moseley in a candy striper costume than a football uniform. Because, like that LSU game, the hits came fast and furious. Like, 30,000 in three hours or something.

Yes, one year later, the post of photos—we were the first to get them up (“hang on, kiddo—I promise we’ll go trick or treating in juuuuust a second…”)—of last year’s 2010 Auburn football team Halloween party remains our heaviest trafficked contribution to the internet (Auburn students not celebrating Bear Bryant’s death is slowly closing). Forget hidden mysteries of the Kopper Kettle explosion, or veritable “Dear Mr. Henshaw”s written to Bo Jackson. Cam Newton in a fairy costume—that’s what people want to see. (You’re welcome.) 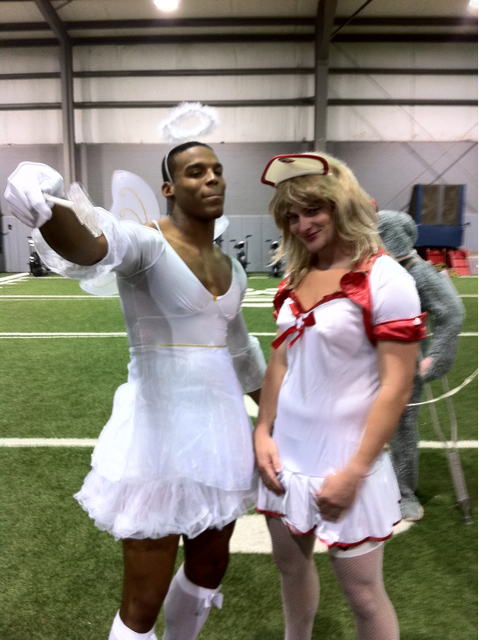 And there beside him, looking creepy as hell in sort of sexy nurse getup, some guy named… let me check… Clint Mosely. No, with an “e”—Clint Moseley. But by God, this Halloween, he’s going as an Auburn quarterback. (But if he dressed up as Superman and went as Clark Clint, that’d be cool, too… just wish T-Zac were still around to tweet the photos.)