The Spring of Dye continues with an autograph card, recently rediscovered and submitted by TWER reader Steven Porter, from Auburn’s 1987 Fan Day [click to enlarge].

The stain around Eric Ramsey’s signature (just below Coach Dye’s photo) appeared by itself on September 27, 1991. 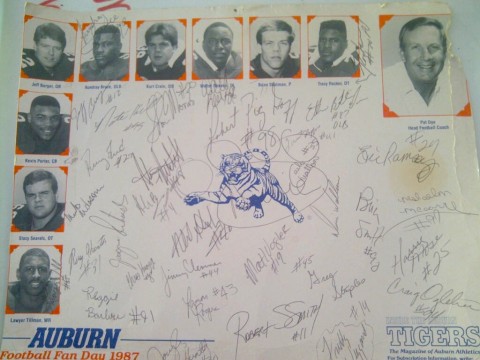 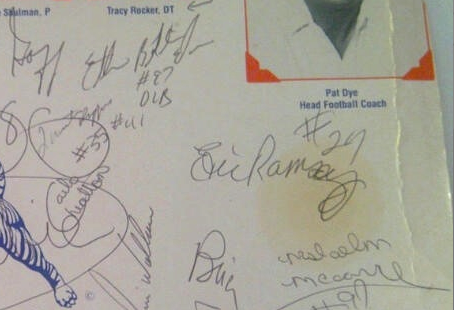 Porter, who was 11 in 1987, says on crisp Autumn days you can still detect the faintest whiff of A1 Sauce.