Auburn’s Office of Communications has no idea why, but as of Unknown p.m. Tuesday, the hands on the Samford Hall clock are missing (or at least, you know, not on the clock). 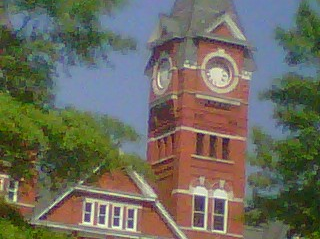 Whatever the reason — repairs, prank, Harvey Updyke — the sight brings to mind the great Mickey Mouse caper of ’78, when the hands of the great clock were fitted with white gloves and the face of the iconic rodent affixed over the “XII.” 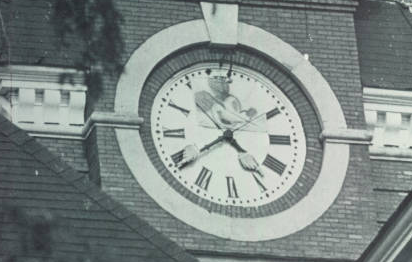 Who scaled 300 ft. to turn Auburn into Disneyland — and how — is anyone’s guess (our money is on Dr. Philpott, who reportedly “really liked” the display), but it remains one of the finer examples of college hi-jinks seen in these parts.

UPDATE: According to Auburn’s Facilities Management Department, the clock is currently undergoing a face lift; the hands will be off “for a few days.” It was fun while it lasted.

Here’s another shot via @LaurnSmith: 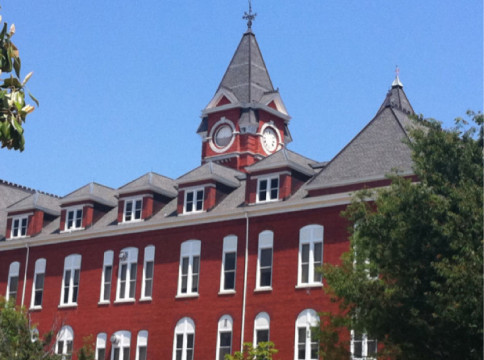