As Auburn’s head coach, Gene Chizik currently has an 80.7 win percentage. I think.

That’s only good for second best in Auburn history.

The title belt belongs to the most mysterious Auburn coach of them all, a Yankee journeyman who replied to George Petrie’s telegrammed solicitations to Harvard, Yale, Princeton and Penn for a coach to relieve Petrie of his founding duties after the inaugural season of Auburn football, and surprisingly agreed to the terms for the unpaid, food-and-board only position.

His name was David M. Balliet. He was a former standout at center at Lehigh and later at power-house Princeton* and he coached and won just one game for the Auburn Tigers. As fate would have it, it was one of the most important in school history: the first Auburn-Alabama game (yep, this was intended for Beat Bama week – the Chizik win percentage stat saves the timeliness). 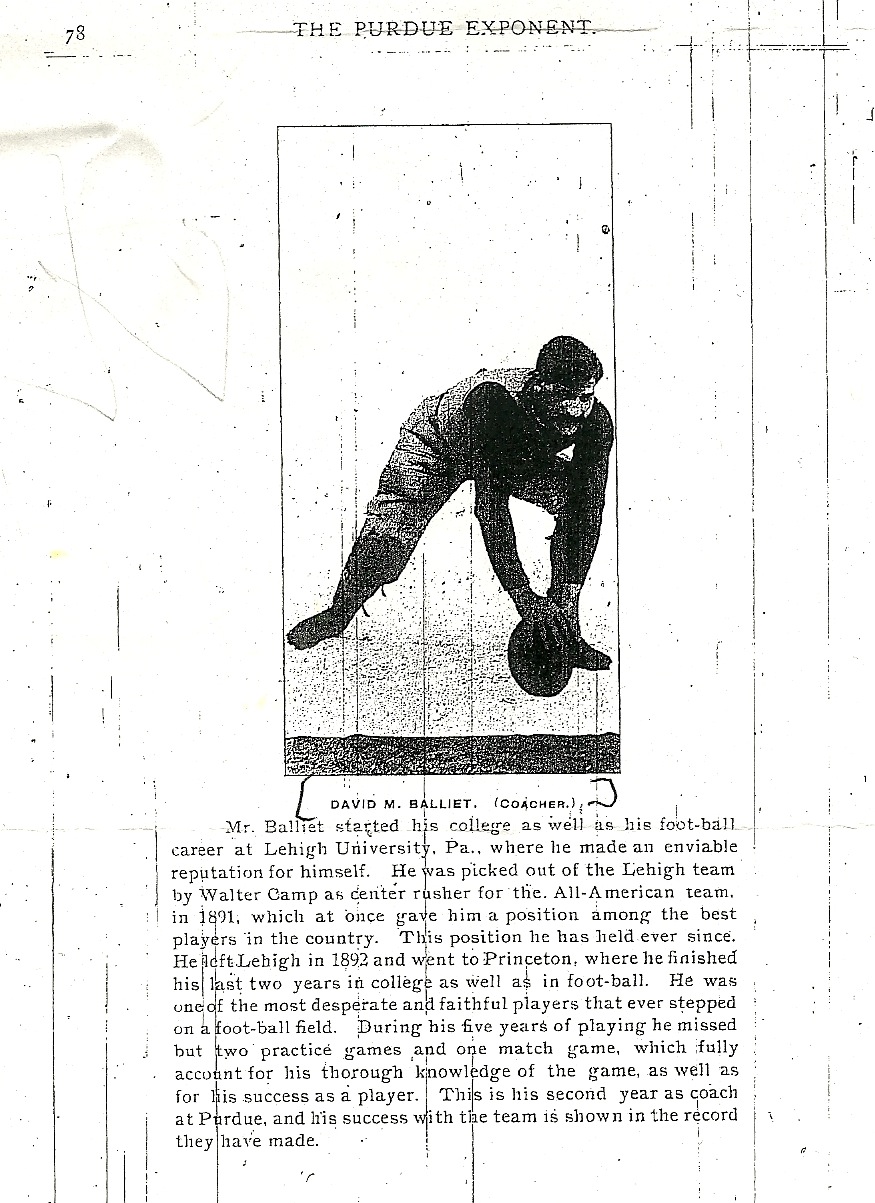 Auburn has little record of the one-win wonder. But thankfully there’s Purdue, which is where Balliet took his perfect percentage shortly after the game with Alabama and settled into a successful head coaching stint with the Boilermakers, and where several photographs were taken of his mischievous mustache. (Dude just looks like a trickster.)

I’ve gathered bits and pieces on Balliet over the years (he could throw a hammer 82 feet), but the most interesting I found just recently. It’s a remembrance of a prank play the ol’ chap got away during a Lehigh-Penn game (somewhat similar to the Florida jockstrap juke of ’73).

Dr. Malzahn, please note the ingenuity (the McCalebb fumblerooski is so played… actually, what am I saying – do whatever you want!).

* In his biography of Dr. George Petrie, Mike Jernigan lists Balliet as having played for Penn. I could be wrong, but I’m fairly certain he’s mixed up on that.