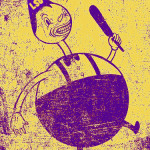 First half of last night’s basketball game: But as the game ended: The atmosphere in Baton Rouge wasn’t exactly intimidating last night. There were plenty of empty seats and a muted crowd in the first half of the game. But our Auburn Tigers picked up a nifty little road win against LSU, 84-80. It is […] 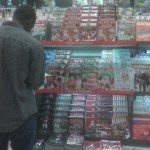 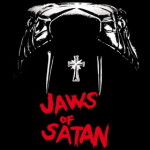 The second in a series on movies filmed in Auburn and around Alabama. “Jaws of Satan” aka “King Kobra.” (Thanks to SallyT for letting me know about the existence of this movie. I’ve actually enjoyed watching it. A lot!) Filmed in 1979. Released in 1981. I’m sure the lag time between was to let it […] 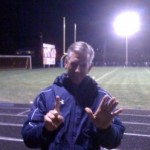 J.M. thinks back to that surreal night last October, hanging out with Tuberville at a high school in Maryland. 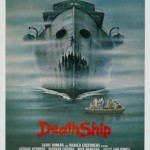 First part of a series on movies filmed in Auburn and around Alabama. After a few hours of research I’ve come to a disappointing conclusion: No full-length horror movies have ever been filmed in the Auburn-Opelika area. Ain’t that a shame? Here it is, nearly Halloween, and I’m itching for some B-movie horror. I thought […]