First part of a series on movies filmed in Auburn and around Alabama. 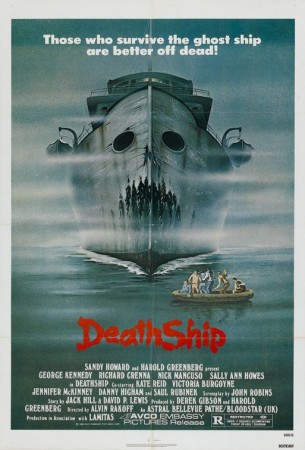 After a few hours of research I’ve come to a disappointing conclusion: No full-length horror movies have ever been filmed in the Auburn-Opelika area. Ain’t that a shame? Here it is, nearly Halloween, and I’m itching for some B-movie horror. I thought it would be neat if there was something gruesome filmed near campus to watch and write about. But we are all out of luck. The closest locale to Auburn that served as the setting to beautiful, bloody chaos is down the road a bit in LaGrange, Ga. There was a remake/sequel of “Two Thousand Maniacs” filmed there. (“Two Thousand Maniacs” is one of my absolute favorite movies, starring 1963 Playboy Playmate Connie Mason and produced by Alabama’s own David F. Friedman.) “2001 Maniacs” was filmed in LaGrange in 2005. I haven’t seen it. But I will soon and I’ll try to see if there are any Auburn connections, like theater majors as extras.

So, disappointed in the lack of filmed gore in Auburn, I went searching the interwebs for any other horror movies filmed in Alabama. And I can’t believe that what www.imdb.com is telling me: The first horror movie filmed in Alabama occurred in 1980. That just can’t be right. (Someone out there clue us all in if that is totally wrong. It has to be!)

So, here’s the trailer:

Oh, it looks horrible. The horror.

George Kennedy, what are you doing here, sir? You won an Oscar in “Cool Hand Luke” in 1967. But I guess in Hollywood, 13 years is a lifetime.

It appears that Netflix does not carry this movie. A shame. I can’t give you a proper report on this. Hopefully, my “research” in the future will not encounter this visual roadblock too often.

And the DVD company, www.xploitedcinema.com, listed on the trailer clip seems to not carry this movie anymore.

There are some copies of the movie floating around in VHS format on Amazon.com, but if you think I’m that devoted to seeing this movie, well, I’m just not going to go that far.

But here’s the synopsis from Rotten Tomatoes:

The passengers of an ocean liner are having a great time — that is, until their boat collides with a World War II vessel that’s rife with demonic [Nazi] ghosts. When the surviving passengers board the haunted freighter, they find that they must oppose the evil forces that drive the vessel to demolish other boats.

I’ll have more Alabama horror films in this space in the days ahead, starting with some flicks from the ’80s.

On the menu for TWER? We have three films:

If you have any info on the filming of these movies or anyone that worked on or acted in them please send ’em my way or share them in the comments below.