Henson’s mention of Peyton Manning in his dissection and dismantling of Schein’s critique of Cam Newton inspired us to look at some more direct comparisons between Manning and the Blessed Individual. So for those interested in available NFL future odds, here are the numbers side-by-side of two SEC heavyweights in their first two years in the NFL. (Click to enlarge.) 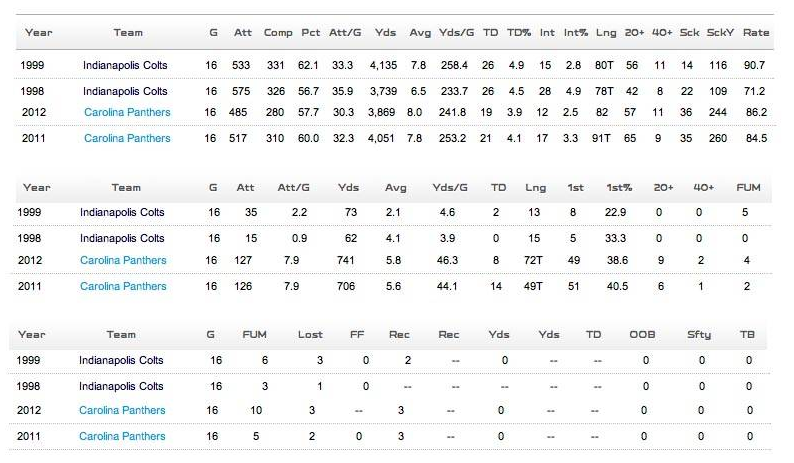 Yes, of course the offenses and opponents and supporting casts are different. They always are. We’re not saying Cam will be a 12-time Pro Bowler and a four-time NFL MVP. You can’t, from this, predict a Super Bowl ring or milestones like “Fastest to 50,000 yards passing” or “Fastest to 400 passing touchdowns.”

We’re just saying that, if the first two years in the career of one of the greatest quarterbacks to ever play the game are any indication, the numbers could bode very well for the Camthers in the future.