The greatest mascot on the planet was once again acknowledged as such tonight in Orlando.

Aubie didn’t win last month’s Capitol One Mascot Challenge, but he came through when it really, objectively counted, winning the Universal Cheerleading Association national championship for an unprecedented 7th time.

The last time Aubie claimed the UCA title was in 2006. 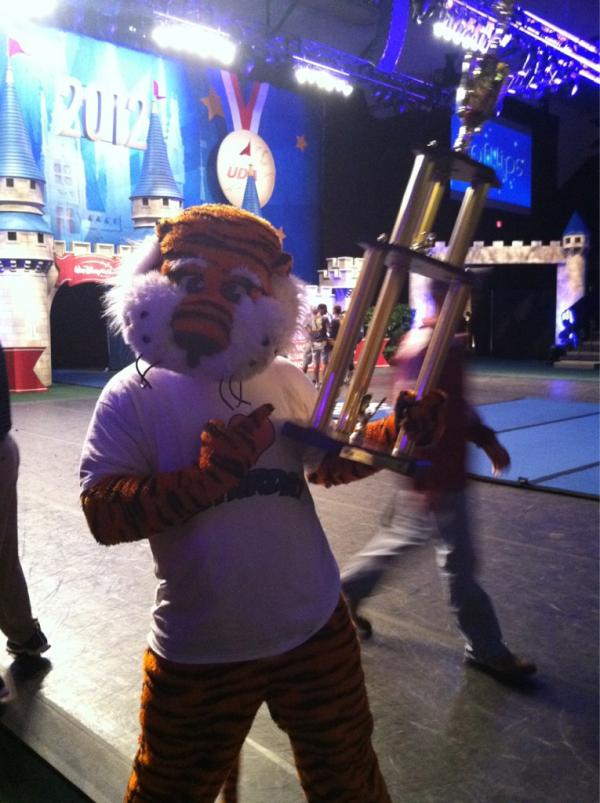 Related: “My wife was the Auburn Tiger.”