If that record-breaking rookie of the year, game-changing NFL future doesn’t pan out for the top draft pick in your hearts, there’s always going to be other work for Cam Newton.

Cameron Newton, just hours after breaking longstanding NFL records dismissed questions about the gridiron and concentrated on something really important. He’s teaming up with Second Harvest Food Bank of Metrolina and Bank of America, huddling up backpacks, scrambling with food boxes and throwing curl routes to fresh produce for the holidays.

Cam being Cam, this part from the Charlotte Business Journal will warm even the coldest Falcons and Bucs fans’ hearts:

“But this time next year, you will see something of not one thing, but multiple things that’s kicked off with my name on it as far as giving back to the community. Especially with little kids, because that’s my passion. To put a smile on a kid’s face works wonders for me.”

Newton said he is in the process of creating a foundation that will focus on children’s issues. The charitable arm will concentrate on the Carolinas and his hometown of Atlanta.

As for today’s effort, he and other local volunteers face a big challenge. Second Harvest estimates some 451,000 people are at or below the poverty level in their 19 county region of the Carolinas, including 193,000 children.

Here are some more photos of the Blessed Individual blessing individuals posted today on CharlotteObserver.com: 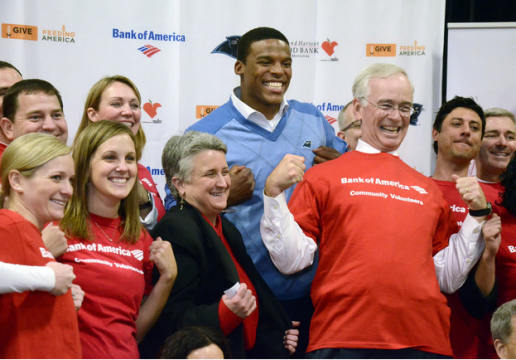 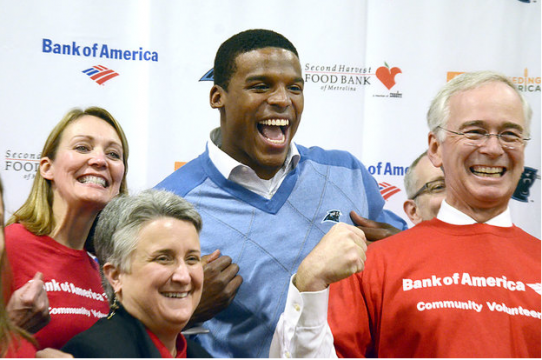 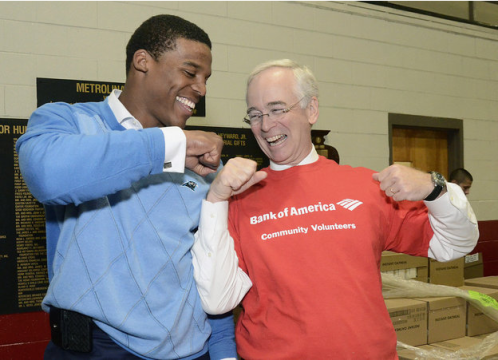 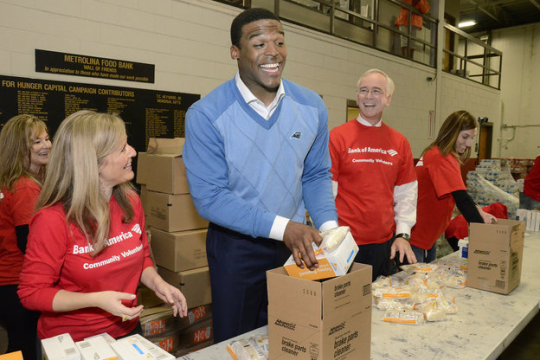 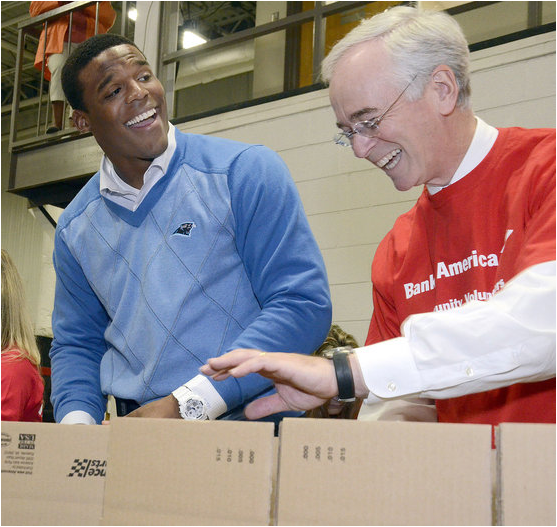 Related: So Cam Newton and Nick Fairley walk into a hospital.