A car crash early this morning in Lagrange, Georgia killed two, including UGA baseball player Ian Davis and Auburn great Philip Lutzenkirchen. If you think really hard about it, you might remember the first time you tried to pronounce the name “Lutzenkirchen.” It might have been when your friend emailed you the link to that […] 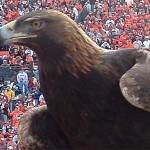 Tiger, War Eagle VI, has died at 34, the university has announced. Tiger never yielded, which is what you want out of an eagle that you ask to fly down a field. So long associated with Auburn, she was thought to be among the oldest golden eagles in captivity. Tiger started that uniquely Auburn tradition, superlative to […] 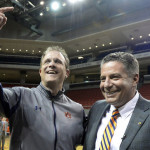 He said “I’m baaaaaaaack.” Jay Jacobs said “I just wish he had some personality.” It took Bruce Pearl less than two minutes to point out Gus Malzahn at Tuesday night’s press conference in Auburn Arena introducing him as Auburn’s new basketball coach . It took him 17 minutes to get around to his wife. In […] 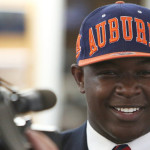 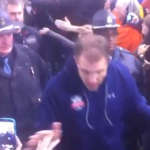 They lined up diagonally across the length of the indoor practice facility. They were two and three and four and five deep on either side of the path the players would take. The team, fresh off a plane and then a bus, walked through the crowd, looking a bit tired, but there was plenty of […]