The brouhaha last year over Gene Chizik’s supposed appropriation of Dabo Swinney’s appropriation of a common expression for a catchphrase kind of touched a nerve. So when my cousin who attends Clemson claimed that we got “All In” from them, I politely reminded her that they got their nickname, football program, football coach, colors, and architecture from us. Yes, they’ve forced us to go there, and even the Athletic Department spirit squad is getting in on the act: 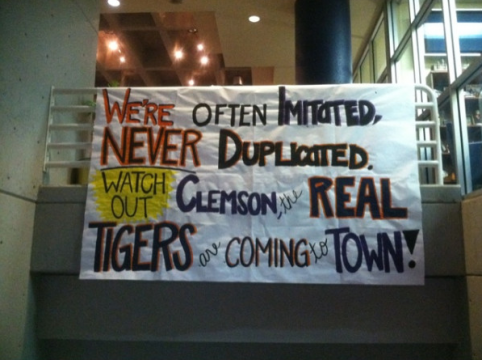 Keep it up, ladies.