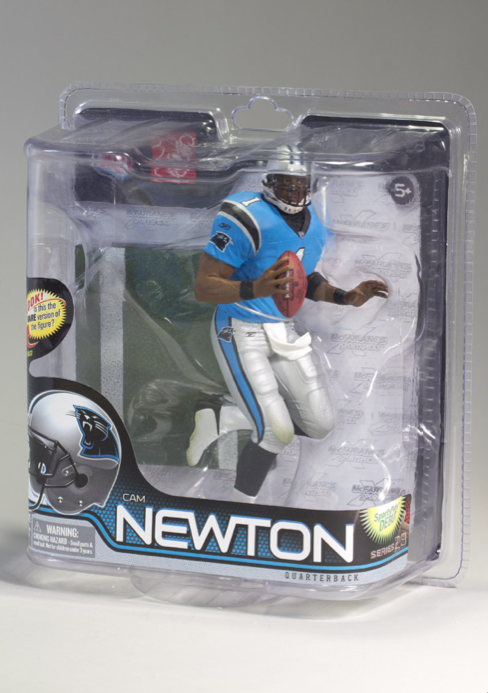 McFarlane Toys has a tradition of including one NFL rookie in our SportsPicks lineups dating all the way back to 2006. Some have turned out better than others, but our collectors are always eager to find the short-printed (used to be surprise figure, and now evolved into a Collector Level figure) rookie each fall. This NFL season was widely considered to be a tough year for rookie quarterbacks. With the summer work stoppage forcing the cancelation of rookie camps and mini camps, the Class of 2011 has a tall order to fill. None of that seems to bother top overall pick and NFL 28 member Cam Newton.

Apparently “only” 3,000 of these good, humble, smiling boys will be randomly included in McFarlane’s NFL 28 cases; hopefully this particular Cam collectible will actually include accurate stats for a change. Also apparently: there’s some Auburn versions floating around. 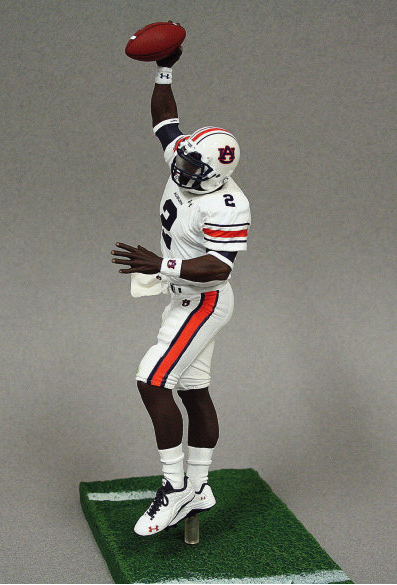 Related: Topps card lists Cam as having played (only) for Florida.