Now, according to the stats listed on the back of some sort of limited edition football card from Topps, The Blessed Individual never left Florida. 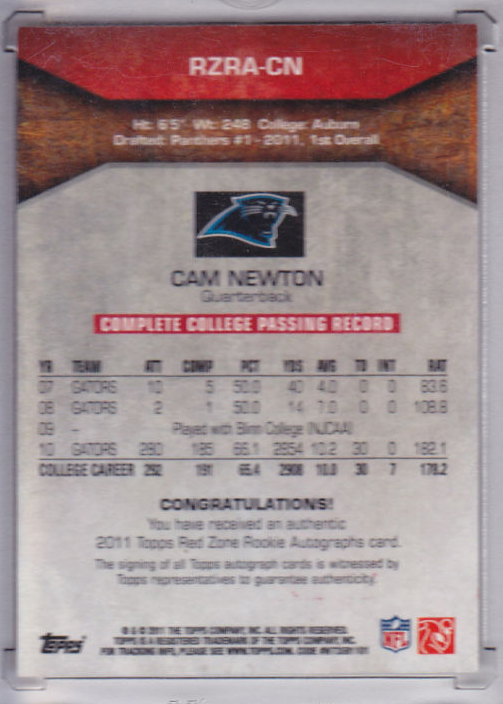 It’s like the universe has absorbed more Cam envy than it can handle and is trying to relieve the pressure with pop-culture gaffes… a valuable gaffe, in this case.

The Cam Newton Red Zone Rookie Autographs card, unsealed yesterday on YouTube, instantly went for $499 on eBay (with a little help from some other cards—including this nifty, vintage-esque mini-card). But according to the video’s commentary (“Aww, bam! Look at Card Jesus again… CAM NEWTON MOJO IN YOUR FACE!!!”) the Red Zone, No. 25 out of only 100, was the money card, and even more so due to the misprint.