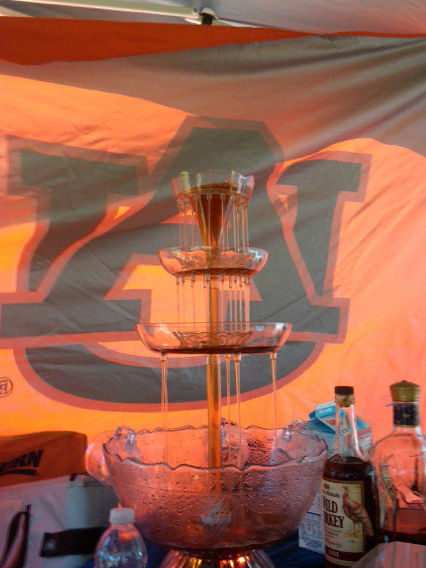 Winning national championships does things for a program.

And for spring game tailgating culture. (Yes, that’s a whiskey fountain. At A-Day.)